Rangnick, who will be replaced by Erik ten Hag at the end of the season, saw his side take the lead inside nine minutes through Bruno Fernandes' 50th goal for the club.

Cristiano Ronaldo had a first-half strike ruled out but converted from the penalty spot shortly after the hour mark and Raphael Varane forced in a third for the Red Devils.

United are back to within five points of fourth-placed Arsenal and three behind Tottenham in fifth, though they have played two games more than both sides. 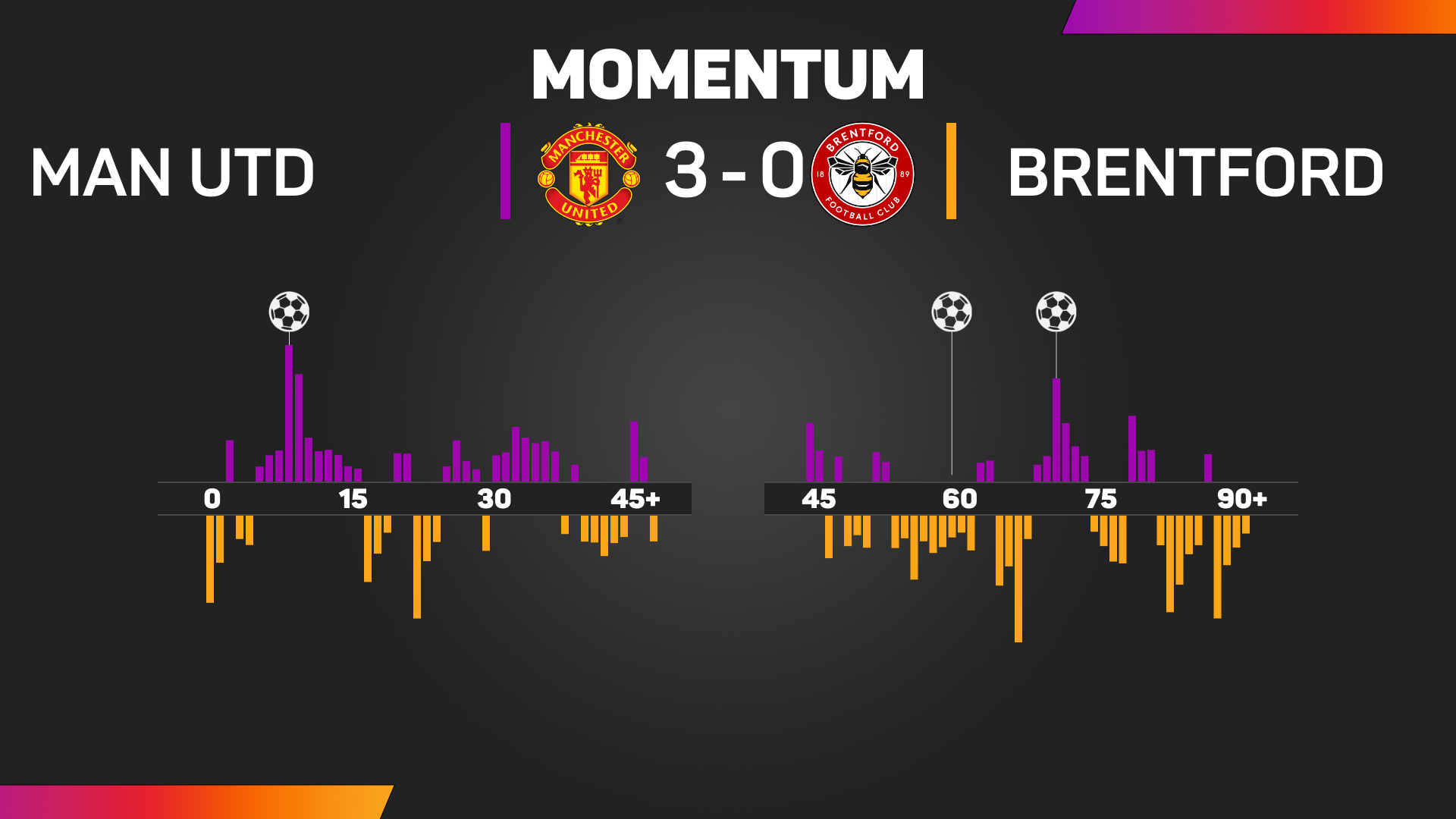 Brentford were given an early let-off when Ronaldo lost his footing with only David Raya to beat, but the hosts did not have to wait much longer for their opener.

Anthony Elanga kept the ball in play and picked out Fernandes with the cutback for the midfielder to calmly steer home as he reached double figures for league goals this term.

Ronaldo thought he had added a second for United just before half-time, only for VAR to adjudge that the forward was marginally offside when converting Juan Mata's pass.

Brentford had brief spells on top, with Christian Eriksen testing David de Gea from long range, but Ronaldo killed off the game from the spot after being barged over by Rico Henry.

Varane rounded off the scoring 18 minutes from time with a shot that deflected past Raya to put some more shine on just a third win for his side since February.

What does it mean? United emerge from slump

The Red Devils' top-four hopes were effectively ended after collecting one point from the last nine on offer, but Rangnick will at least want to end the season on a relative high.

United looked a lot brighter both in an attacking and defensive sense than in recent weeks and were good value for their victory, with this a first clean sheet in 10 outings.

Brentford, who had taken 10 points from their past four matches, become the 21st visiting side in a row to lose their first Premier League away game at Old Trafford.

Bruno back among the goals

Fernandes' goal was his first in nine Premier League appearances since scoring against Leeds United in February.

Since his United debut in February 2020, only Mohamed Salah (73) and Harry Kane (65) have been involved in more goals in the competition than the Portugal international's 61.

On what was shaping up to be a frustrating day for Ronaldo, the five-time Ballon d'Or winner was rewarded for his hard work with United's second goal.

He has scored nine of the Red Devils' past 12 Premier League goals, with eight of those coming at Old Trafford.

United's campaign concludes with back-to-back away games, starting with a trip to Brighton and Hove Albion on Saturday. Brentford host Southampton on the same day.