Manchester United got their season up and running against Liverpool, but Bastian Schweinsteiger was not completely impressed.

Former Manchester United midfielder Bastian Schweinsteiger described the Red Devils as being in "survival mode" during their 2-1 win over Liverpool, insisting Erik ten Hag will not be entirely satisfied with their performance.

United bounced back from consecutive defeats against Brighton and Hove Albion and Brentford in impressive fashion on Monday, dealing Liverpool their first league defeat of 2022 through goals from Jadon Sancho and Marcus Rashford.

The result eased the pressure that had already begun to build around Ten Hag, who is the first United boss to claim his maiden victory in the job against Liverpool.

But Schweinsteiger, who made 35 appearances for United between 2015 and 2017, believes the manner of United's win may not have impressed Ten Hag.

United recorded just 29.6 per cent of possession at Old Trafford and allowed Liverpool 17 shots to their 12, and Schweinsteiger says they remain a long way from competing with the best.

"I support United of course and I'm very happy they won the match," he told BBC Radio 5 Live on Tuesday.

"But was it a great performance? In my opinion, if I compare it with other teams, the top teams in Europe, I wouldn't say so.

"For me, Liverpool were the better team, they had much more of the ball and possession in the game.

"But United did one thing very well, and that was to have the right attitude towards the game, they had the right spirit in the team.

"If I compare it to the top football in Europe, it's not on that level. Against the ball they were doing very well; fighting, running, they had the right attitude.

"But after 20 minutes, Liverpool were the better team, definitely. They couldn't finish their last passes otherwise they would have won the game." 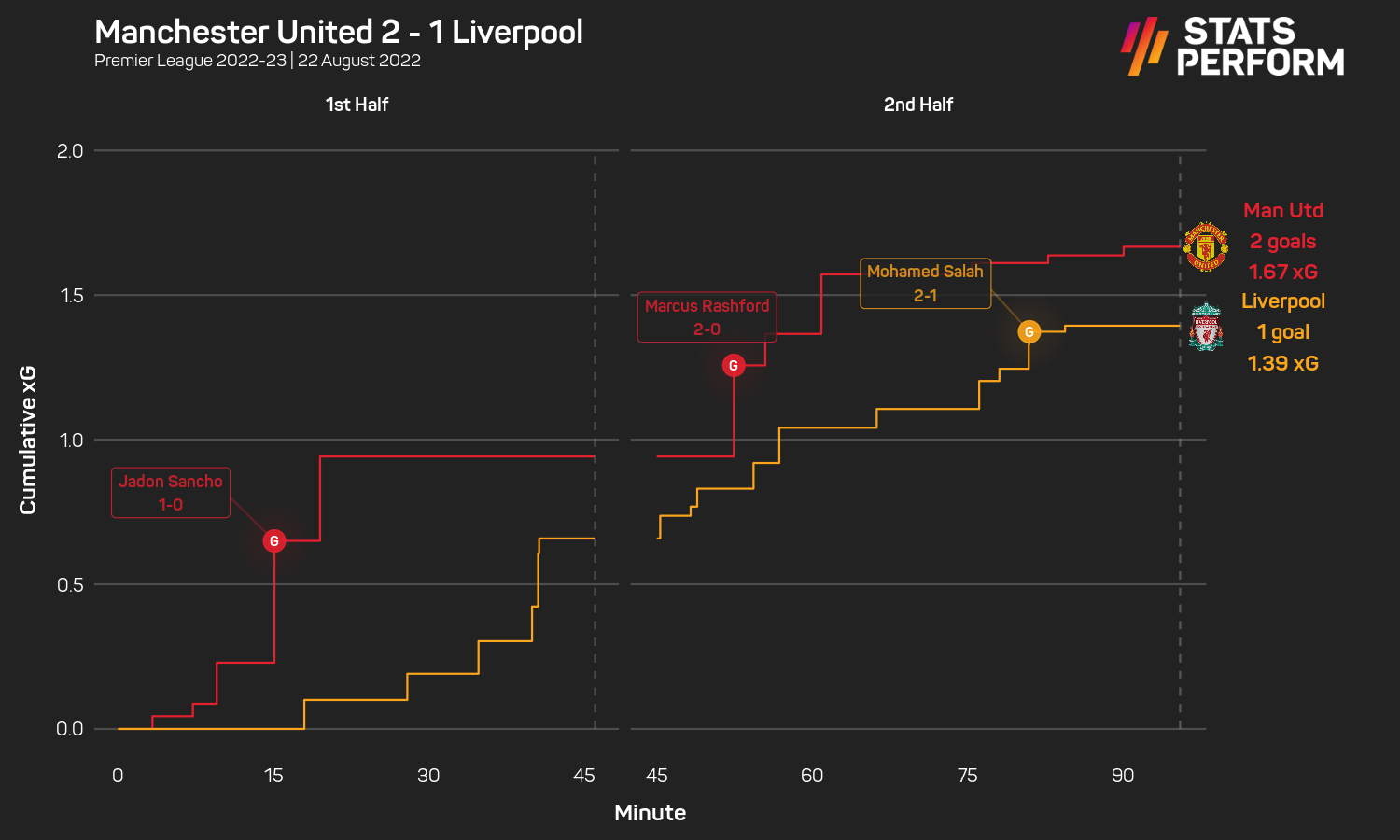 Schweinsteiger knows Ten Hag from the Dutchman's time coaching Bayern Munich II between 2013 and 2015 and insists he is the right man to bring success to Old Trafford, though he feels United are yet to adapt to his style of play.

"I think they have got a very good manager now with Erik ten Hag, I know him quite well from Munich because he was our second team manager back in the day," he added.

"I think they have the right man in that position. But was it the way United want to play football? I don't think so, it was survival mode.

"In the long term, he definitely wants to have a team that plays a different kind of football. It will take some time but definitely he is the right man for that position."

Ten Hag made several big calls when selecting his team for the game, leaving out club captain Harry Maguire and talismanic striker Cristiano Ronaldo as Bruno Fernandes was handed the armband.

Fernandes looked rejuvenated after his quiet start to the season, recording a team-high 66 touches and creating two chances on Monday, the joint-most among United players.

And while Schweinsteiger was impressed with the midfielder's display, he highlighted the need for United to fit both him and Ronaldo into a coherent system.

Asked whether the duo could play together, he said: "Well they're both Portuguese so I don't know, it's tricky for the national team then! There, they have to play together.