Luis Enrique insists seven-goal Spain will not be complacent against Germany: 'It's not in our DNA'

Spain thrashed Costa Rica 7-0, but Luis Enrique is adamant the result will not lead to complacency ahead of tussling with Germany.

Luis Enrique is not concerned about Spain potentially being complacent when they face Germany after opening their World Cup campaign with a 7-0 hammering of Costa Rica.

Spain were dominant from start to finish as they recorded their biggest World Cup win ever at Al Thumama Stadium on Wednesday.

Costa Rica failed to register a single shot, with this just the second instance of a team managing zero shots in a World Cup game since 1966.

Spain face Hansi Flick's side at Al Bayt Stadium on Sunday in a game that will go a long way to determining who progresses to the knockout stages.

After battering Costa Rica, it was put to Luis Enrique that his team might suffer from over-confidence, but the coach insists that is not a concern.

"We have to understand the head is important for everything," he said when asked specifically about managing the team's mentality. 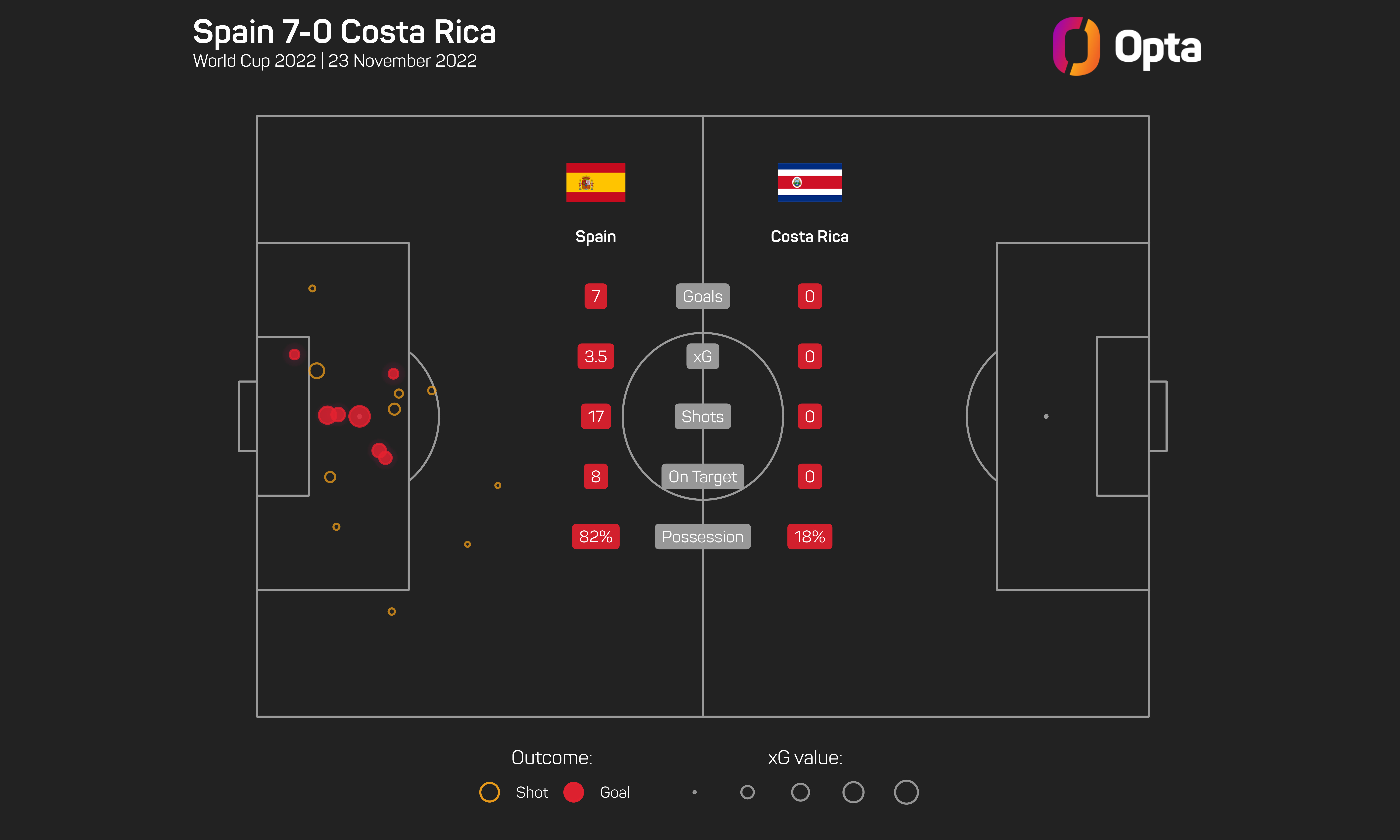 "We've been working with a psychologist a long time, we were seen as aliens for doing that at first.

"I know these players, they are competitive, they won't be relaxed for the next game. We'll play exactly the same against Germany. If they beat us then we have to say they are better than us, that's it.

"I have no doubt whatsoever, we will be as competitive, or even more because Germany is an amazing team and this would really encourage us.

"Yes, euphoria can be negative and speculation too, but that's not in our DNA [to be impacted by that], we are living this with so much intensity.

"There may be changes but I trust all players. If there are changes it won't be because we think we are already qualified." 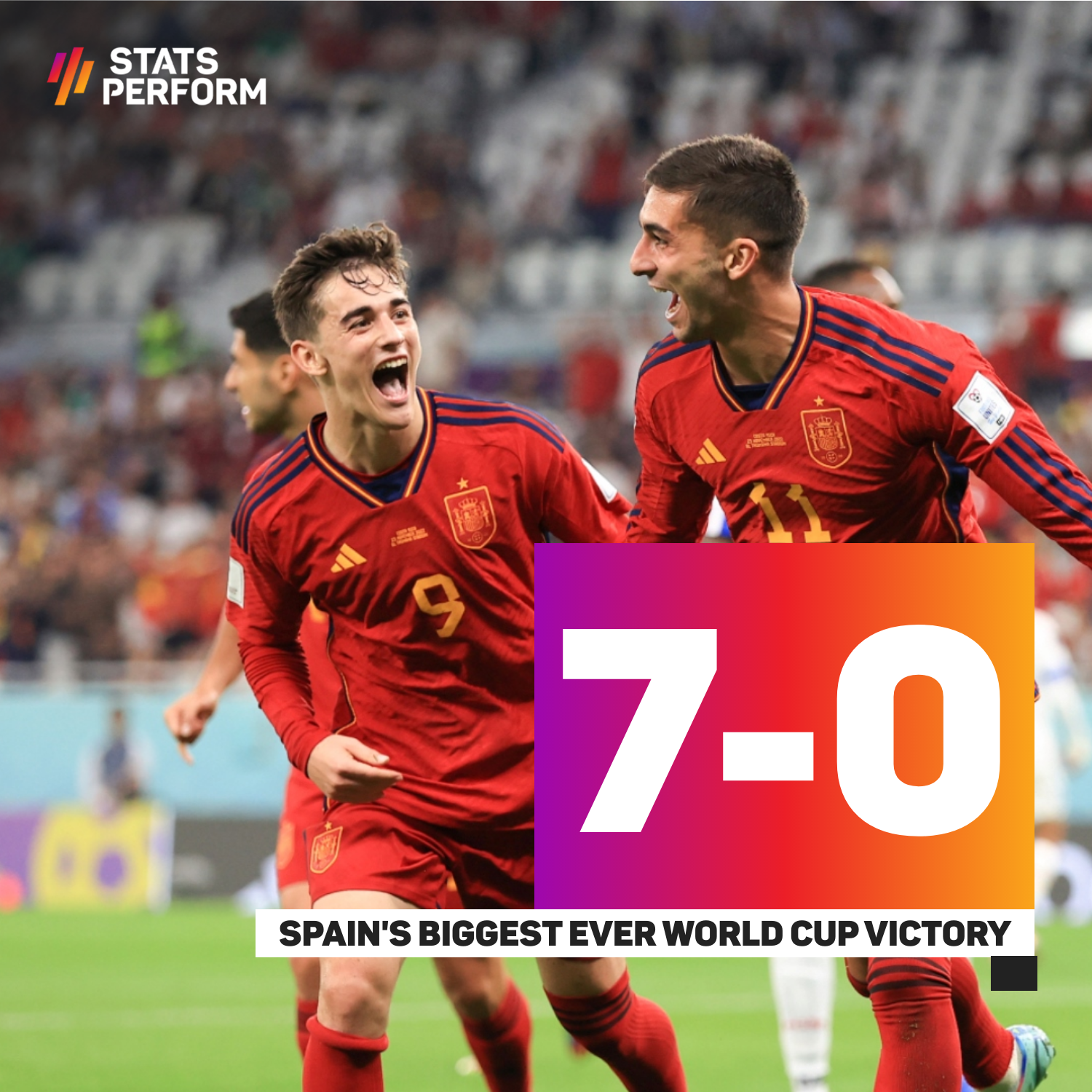 The mood of Costa Rica coach Luis Fernando Suarez could not have been more different.

Unsurprisingly, this was Los Ticos' biggest World Cup defeat, and Suarez did not sugarcoat how he felt about what was – in football terms – a disastrous day.

"I'm feeling very sad. It's not just about that, also I had very different expectations for this game and my feelings were completely different ahead of the game, now I'm not feeling okay," he said.

"I need to work with this result and be very sure with the players about how to lift the mood.

"I'm really worried my team won't cope with this terrible result. We have to leave this behind us and start working as of [Thursday] morning to show the players – they already know this – that we have to remember about Japan and try to win that match."