Luis Diaz has become an integral part of Liverpool's hunt for a quadruple since arriving from Porto in January.

Jurgen Klopp has praised the impact of Luis Diaz since his arrival at Liverpool, describing the Colombian forward as "world-class".

Diaz made the move to Anfield from Porto in the January transfer window for a reported initial fee of £37.5million (€45m), with a further £12.5m (€15m) in add-ons, and he has played a key role in Liverpool's pursuit of an unprecedented quadruple.

The 25-year-old has five goals and three assists from 21 appearances in all competitions for the Reds so far (13 starts), and he has averaged more dribbles attempted per 90 minutes (5.16) and has a higher successful dribble percentage (61.64) than any other Liverpool forward this season.

Speaking at a media conference ahead of his team's Premier League clash with Tottenham, Klopp stated how important the decision had been to bring Diaz in when they did, with the player making a key contribution on Tuesday when Liverpool came from 2-0 down against Villarreal to win 3-2 in their Champions League semi-final second leg and book their place in the Paris final against Real Madrid.

"Unbelievable impact," Klopp said. "There is enough space in each squad in the world for a world-class player, which is what Luis is. That's why we were so desperate to get him, and that's why we were so happy that we could... Thank God we made that decision because it helped everywhere.

"He communicates with everybody without really speaking the language. Okay, we have the Spanish [speakers] and they are really close, they helped him so much… But he's really close with Curtis [Jones] and Harvey [Elliott], I have no idea how they talk. On an emotional basis they are like this (tight), and they were after a week."

As they try to hunt down Manchester City in the Premier League title race, Liverpool go up against a Spurs team on Saturday who have their own aims, with Antonio Conte's men trailing Arsenal by two points as they seek a place in the top four. 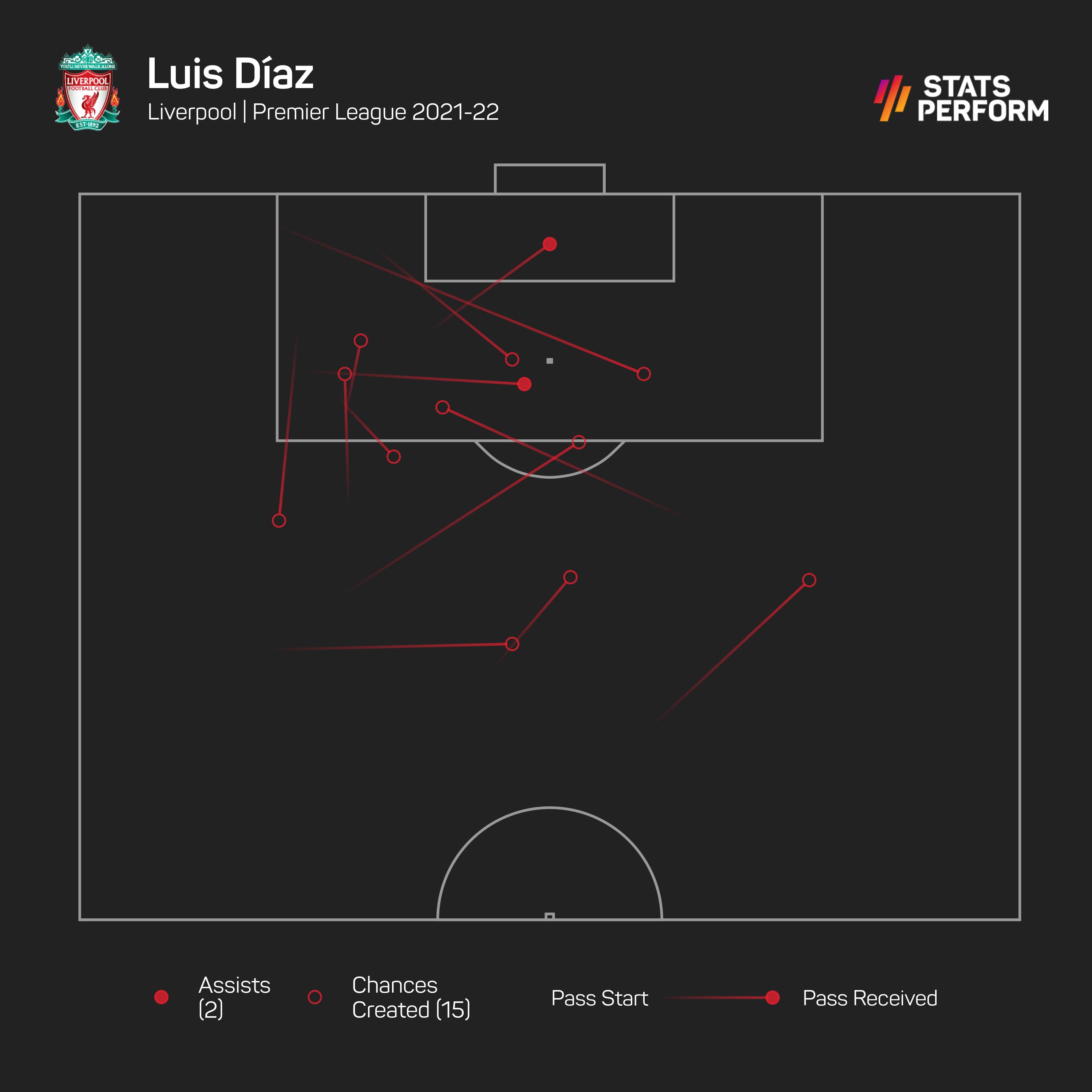 Klopp understands the challenge his team will face at Anfield, where Liverpool are unbeaten in 21 league games, having won each of their last 12.

"Massive, massive test," he insisted. "If I were to watch from the outside I would think 'That will be difficult, eh?'

"Tottenham have massive quality. They are, especially away from home, not too bothered about having the ball, they defend compact, and then obviously [have] some of the best counter-attacking players in the world, so we need to find solutions for that."

The former Borussia Dortmund boss was also asked about title rivals City, and whether their agonising Champions League elimination to Real Madrid on Wednesday could have an effect in the Premier League.

City were 5-3 ahead on aggregate going into the 90th minute in the Santiago Bernabeu before two Rodrygo goals forced extra time, with a Karim Benzema penalty clinching the win for Carlo Ancelotti's side.

"With all the things we know about City I would rather think [that the defeat will make them more focused]," he said. "Yes it was a massive blow, I think everybody was ready to switch the television off, then all of a sudden part two started. That was really harsh I can imagine.

"But they will be ready [for Newcastle on Sunday]."