Jurgen Klopp insists he could not respect Diego Simeone more for his record with Atletico Madrid as he moved to put their handshake controversy firmly behind them.

Liverpool host Atleti in the Champions League on Wednesday two weeks on from their hard-fought 3-2 victory over the Spanish champions at the Wanda Metropolitano.

Klopp went to shake Simeone's hand at full-time of that contest, but the Argentine ran straight down the tunnel, prompting the Liverpool manager to wave to his back – something for which Klopp expressed regret soon afterwards.

Now he knows Simeone rarely engages in post-match formalities on the touchline, Klopp said he will have no problem should Simeone head straight for the dressing rooms after the game at Anfield.

Indeed, the Liverpool manager is far more concerned with creating "a really special atmosphere" against a side he considers one of the best in the world. 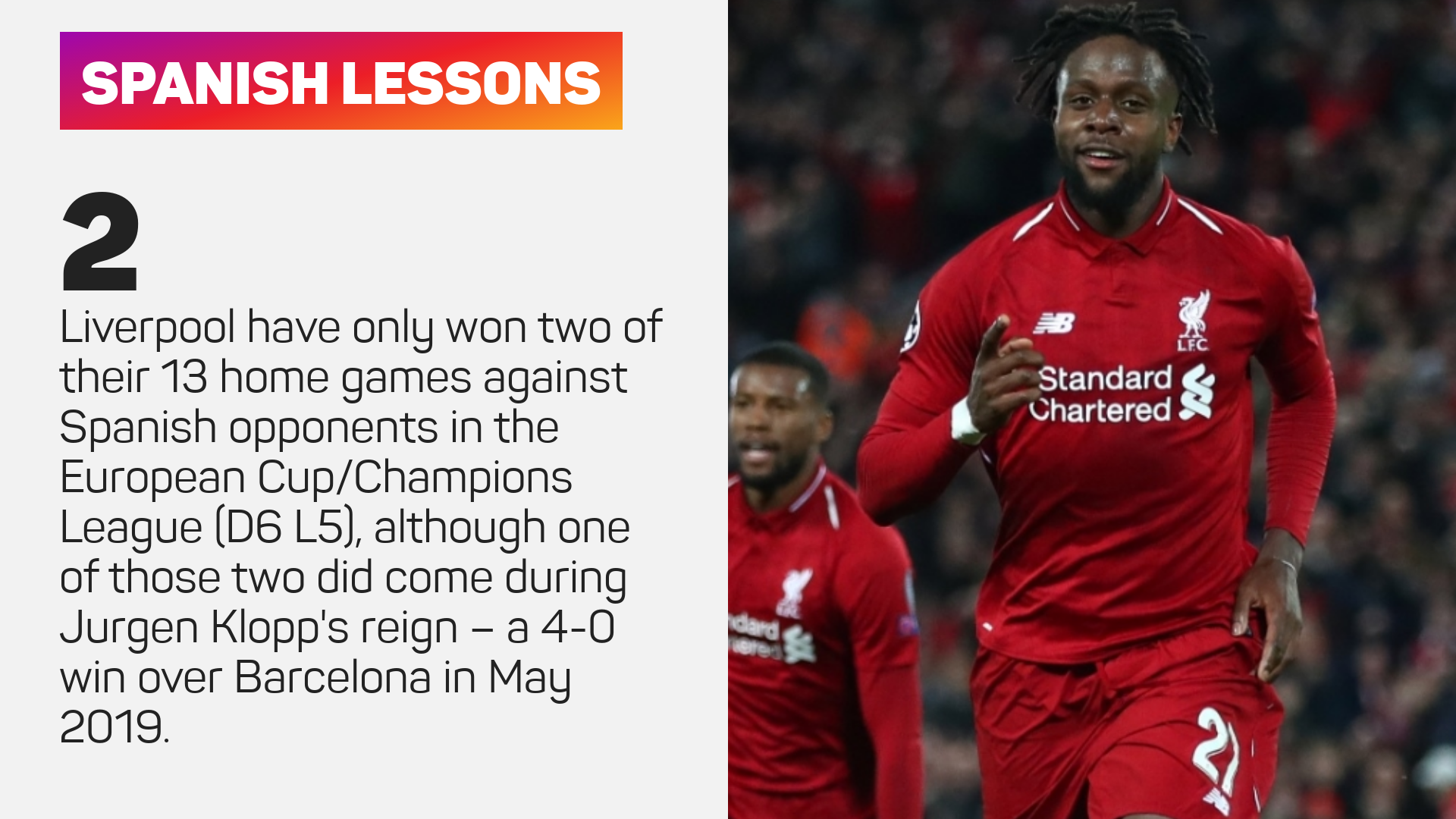 "I respect a lot what he's doing, I said that before and after the game, but as private people, we cannot speak about each other because we don't know each other," he told reporters.

"But I couldn't respect him more for the things he's doing at Atletico and for how long he's doing it. Absolutely exceptional. Against a lot of really strong sides, being in such a good position year after year, it's really impressive.

"If I'd known he doesn't do it [the post-game handshake], I wouldn't have tried it, and then I was waving or whatever and that was really not necessary, I was really not happy about that. We are both emotional and that was my emotion then. But now I know he doesn't want to do it after the game, so no problem.

"In between the two handshakes, it's a very important game for us and I'm much more concerned about that. We want to create a really special atmosphere in a highly emotional game. It's a massive game against a super side, but we're not too bad, either.

"Atletico never, I don't think since Diego is there, played a friendly game so we should not expect that. The situation in the group sets the level as well.

"Atleti will think they need three points, and we want to win the game with all we have. We were so happy last year when we qualified for the Champions League because we knew we would have nights like this. Now, we should celebrate it together with our supporters."

Liverpool head into the game as leaders of Group B, with three wins from three matches and just two home defeats in the competition under Klopp overall.

However, one of those losses was in the last-16 second leg in March 2020, when Atletico emerged 3-2 winners to reach the quarter-finals.

Klopp's preparations have been hit by the loss of Naby Keita to a hamstring injury, but Fabinho and Thiago Alcantara could return to strengthen a side that surrendered a 2-0 lead to draw 2-2 with Brighton and Hove Albion in their last game. 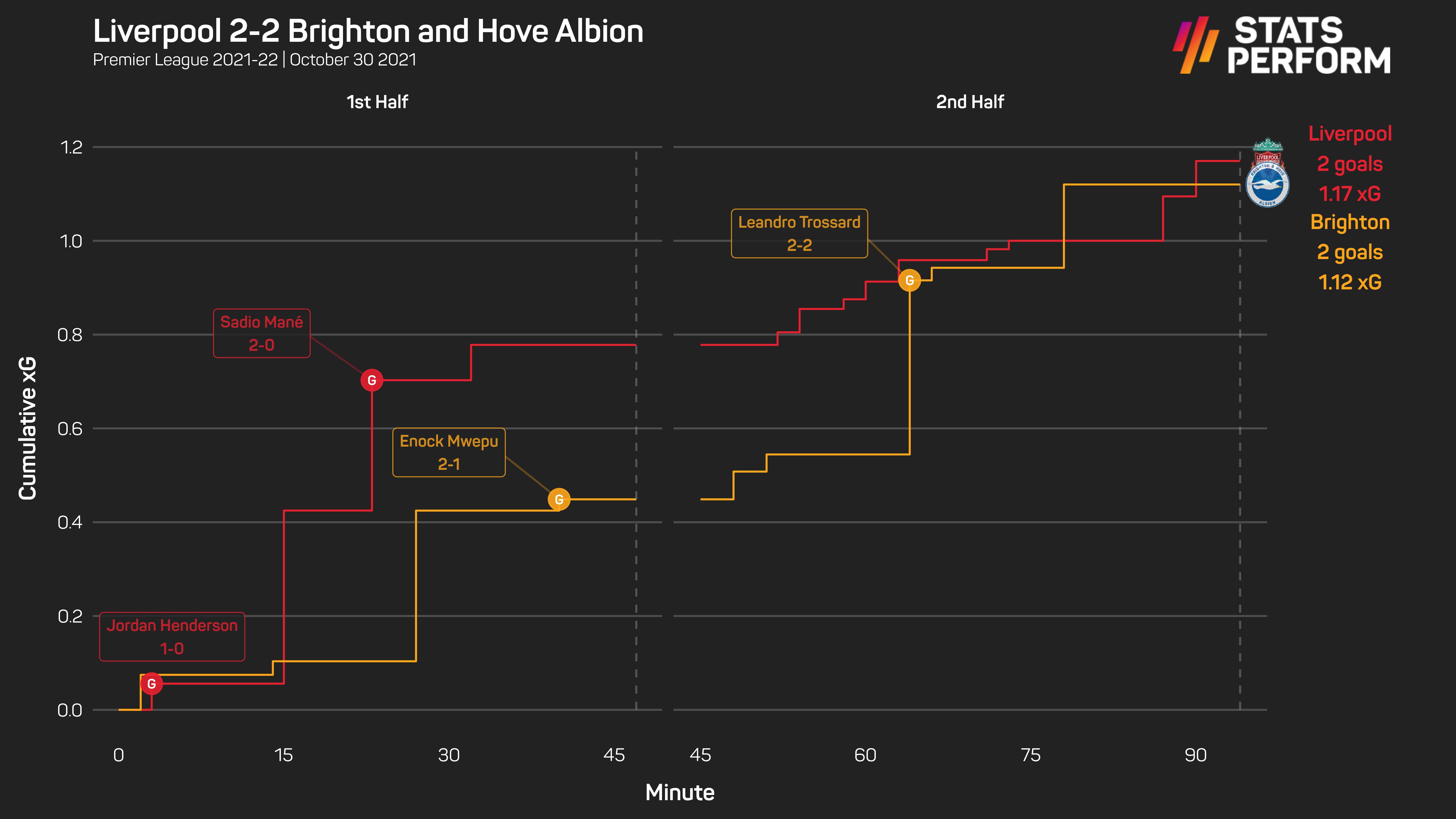 "Naby has a hamstring injury so will be out for a while. Fabinho and Thiago trained completely normally and are in contention, which is very helpful," Klopp said.

"We are not perfect, I know that, and we have to defend situations better, that's absolutely clear. But we had so many clean sheets already.

"You can't make these discussions always because of one game. We beat [Manchester] United 5-0 and the world is rosy, and the next moment you draw 2-2 with Brighton and you have massive problems. It's neither.

"The best way of defending would be to keep the ball. That's what we didn't do. I knew before the game we would have problems against Brighton. All teams did before – that's the quality of Brighton. We have to defend generally better, we knew that before and we worked on that, and we had better do it tomorrow night because Atletico is a pretty good football team.

Ralf Rangnick's tenure as Manchester United interim boss started with a 1-0 victory over a battling Crystal Palace side thanks to Fred.

Macarthur's 1-0 win over Central Coast Mariners put them at the summit of the A-League, with Melbourne Victory going down to Perth Glory.

Ralf Rangnick's tenure as Manchester United interim boss started with a 1-0 victory over a battling Crystal Palace side thanks to Fred.

The Football Association of Malaysia (FAM) confirmed two of the national team players contracted COVID-19 ahead of their 2020 AFF Suzuki Cup opener.

World number one Viktor Axelsen cruised to a seventh title this year after the Dane captured the BWF World Tour Finals title with a straightforward 21-12, 21-8 success over Kunvalut Vitidsarn in the men’s singles final on Sunday.

Steve Kerr was full of praise for the way the San Antonio Spurs went about consigning the Golden State Warriors to a surprise loss.

Macarthur's 1-0 win over Central Coast Mariners put them at the summit of the A-League, with Melbourne Victory going down to Perth Glory.

Kevin Durant and James Harden reacted to the Brooklyn Nets' defeat at home to the Chicago Bulls.