Chelsea head coach Thomas Tuchel insists Kepa Arrizabalaga has nothing to prove as he backed the goalkeeper to continue making the most of his run in the side.

Kepa remains the most expensive keeper of all time after Chelsea paid £71million (€80m) to sign the Spain international from Athletic Bilbao in August 2018.

The 26-year-old struggled to justify that fee in his first two years at Stamford Bridge, however, and lost his place as first choice following Edouard Mendy's arrival 12 months ago.

But Kepa was handed a first start of the campaign last weekend with Mendy out injured and kept a clean sheet in Chelsea's 3-0 win over Tottenham.

He is expected to remain in goal for Wednesday's EFL Cup third-round tie against Aston Villa and Tuchel is glad to have such strong competition in the goalkeeping department.

"We have two super strong goalkeepers. Do we need them both? We had proof last weekend," Tuchel said. "He was a key factor to have a clean sheet at the weekend.

"He seems happy to me, he may not be happy with the situation but he is happy with where he is at and the part he plays in the team.

"Everyone wants to play more minutes. We have contracts for 24 players including goalkeepers so we simply cannot give the same amount of minutes to everyone. 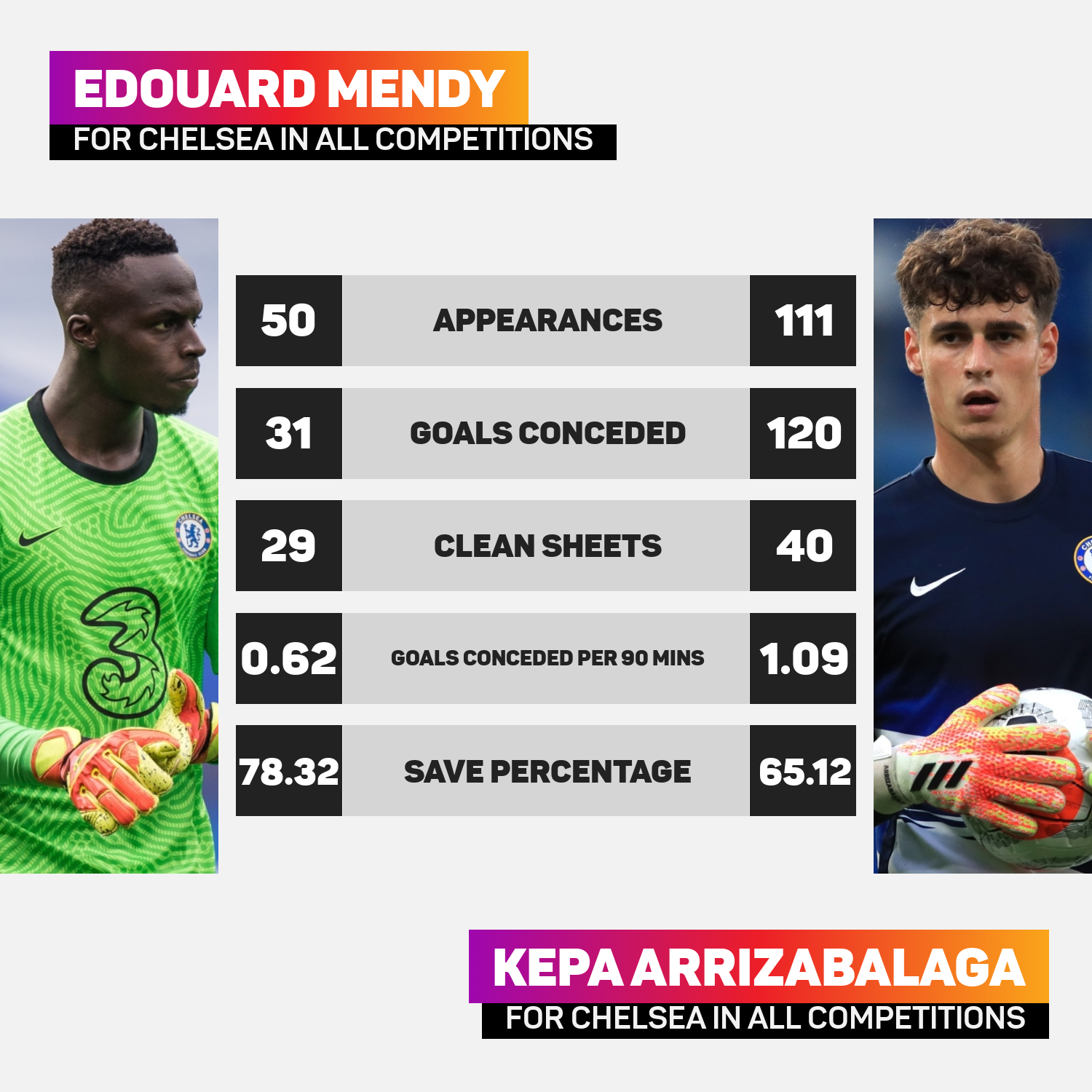 "It's the same for the guys who play on the field but it is more dramatic for goalkeepers. That's because we don't change them during games so maybe it seems even harder.

"I feel an open guy, a humble guy, a super nice guy, a top, top professional sports guy who is a big part of this squad. I feel him happy.

"Maybe he could be even happier with more minutes but I don't feel he is concerned at the moment because he is pushing and fighting for his chances.

"You can't force situations. I have a feeling with his mindset that he is here and he pushes with his calmness and positivity. He did not force it.

"He doesn't have to prove to me that he is a good goalkeeper because I see it every day in training.

"Maybe that's the point, that he does not try too hard to convince everybody that he is worth what the club paid.

"Who cares about what the club paid? So what. Money doesn't matter now. The question is whether we can afford to have him as a goalkeeper."

Kepa has made two appearances in total this campaign, having saved two penalties in last month's Super Cup win over Villarreal after being brought on as a late substitute.

The Spaniard has featured 111 times for Chelsea in all competitions, conceding 120 times and keeping 40 clean sheets across that period.

By comparison, Mendy has conceded 31 goals and has 29 shutouts from his first 50 appearances for the Blues.

Since making his Chelsea debut on September 29 last year, only Manchester City's Ederson (30) has kept more clean sheets than Mendy among keepers in Europe's top five leagues when taking all competitions into account.

With a huge Premier League clash against reigning champions City coming up on Saturday, Tuchel is hopeful that Mendy will be available for selection once again.

"I hope he will be back in team training on Thursday," the German coach said. "If it goes well, I hope he can be ready for Saturday but I don't know right now."

Atletico Madrid head coach Diego Simeone suspects it will be the money men who decide whether the World Cup takes place every two years.

Mauricio Pochettino has been boosted by the availability of Mauro Icardi ahead of PSG's 'special' clash against rivals Marseille.

Barcelona are seventh in LaLiga and trail Real Madrid by two points, but Ronald Koeman is buoyant on the back of successive wins.