England captain Harry Kane was among the scorers in Sunday's win over Senegal to set another Three Lions record.

The Tottenham striker fired home the second of his side's goals during Sunday's 3-0 win at Al Bayt Stadium, as the Three Lions set up a Qatar 2022 quarter-final tie with France.

It was Kane's first goal at this year's tournament and took his tally in World Cups to seven in 10 matches, having claimed the Golden Boot award in Russia four years ago.

The forward also scored four times for England in their run to the Euro 2020 final last year, making it 11 goals in major competitions – one more than Lineker managed.

The 29-year-old is now one goal short of equalling Wayne Rooney (53) as England's all-time record scorer, with Kane's 52 goals coming in 79 caps. 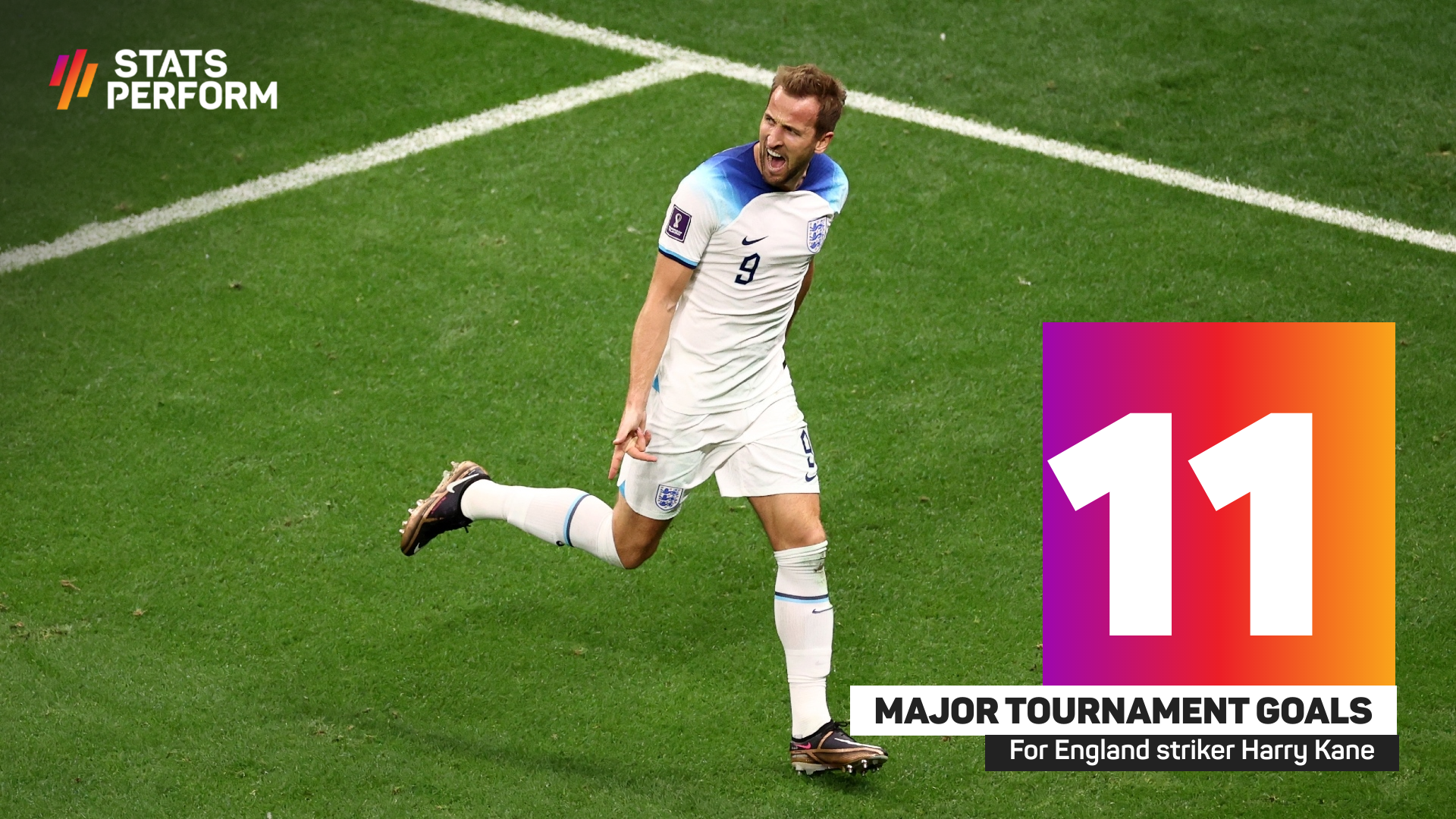