Pontus Jansson made the surprising move to leave Leeds for Brentford, but credited his former boss with playing a part in the Bees going up.

Brentford captain Pontus Jansson heaped praise on Leeds United manager Marcelo Bielsa after the Bees were promoted to the Premier League for the first time.

Ivan Toney's penalty, swiftly followed by a fierce first-time strike from Emiliano Marcondes, secured a 2-0 win for Brentford in the Championship play-off final against Swansea City.

Brentford lost to Fulham at the same stage last year, Jansson's first with the club after leaving Bielsa's Leeds, who were promoted as champions and have this term enjoyed a spectacular return to the Premier League, finishing ninth.

But, speaking to Sky Sports, Jansson explained how what he learned from Bielsa played a pivotal role in Brentford ending a 74-year absence from the top flight.

"Last year a lot of Leeds fans was against me, this year so many Leeds fans have been with me and with Brentford, probably because they are already there and they wanted me to come and join them," Jansson said.

"I love Leeds, Brentford fans know I love Leeds, Leeds is one of the favourite clubs I have, of course I love Brentford as much, I'm so proud, I'm so happy, I could go home to Sweden and retire because this is what I've dreamt of for such a long time since I came to England, finally of course I will not go home, I will stay here and hopefully play Premier League football.

"I'm so thankful to Bielsa for what he gave me at Leeds, he gave me so much knowledge that I actually brought to Brentford and Brentford was so willing to listen to me and my ideas that I took from Bielsa. 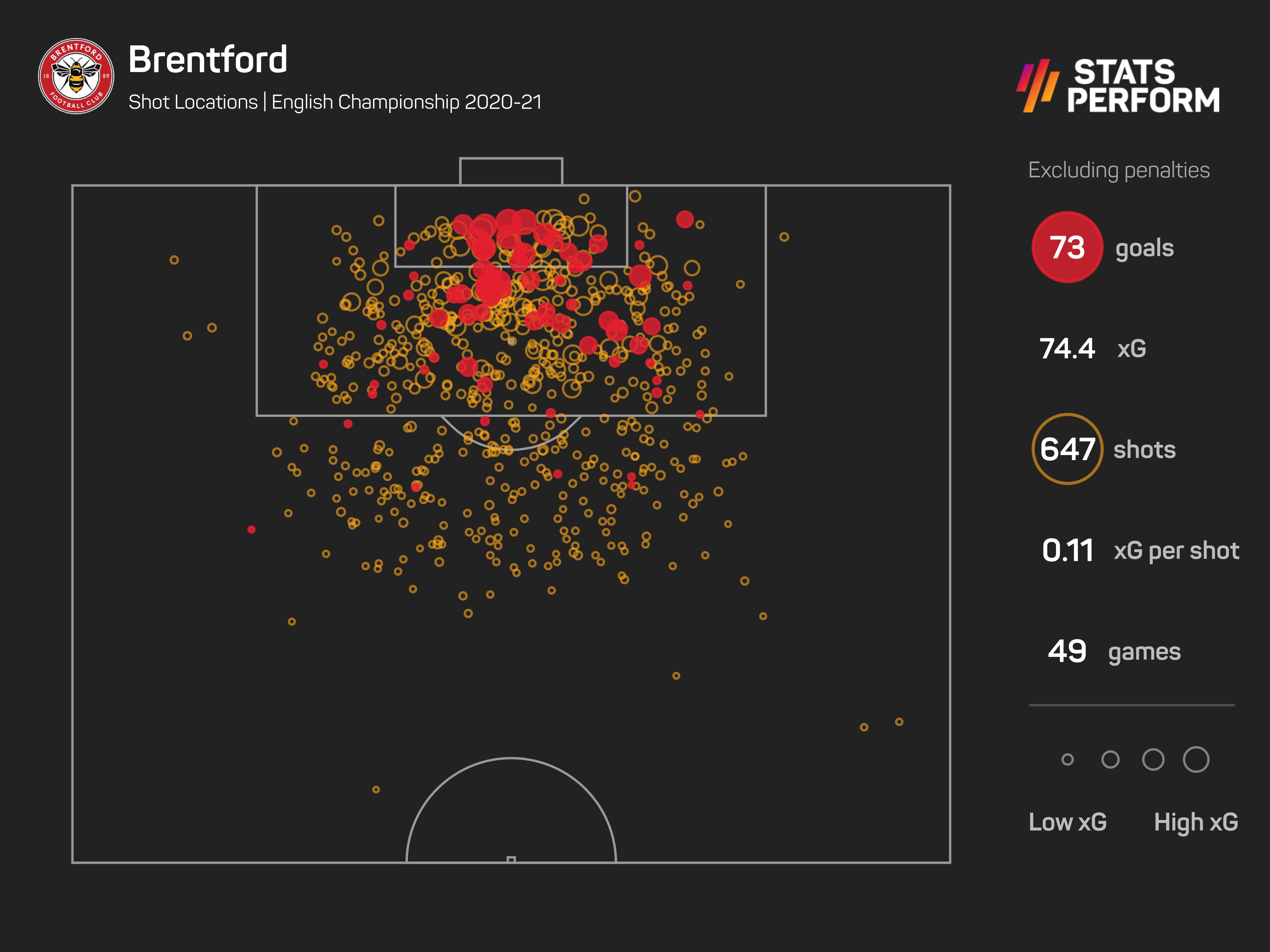 "I thank him a lot because he's one of the best coaches in the world. People think mine and his relationship is not the best but it is, I'm so thankful to him."

Brentford scored 79 goals in the 46-game Championship season, the most in the division, increasing the tally for the campaign to 84 with their efforts in the play-offs.

The Bees scored 73 non-penalty goals across 49 matches, underperforming their xG of 74.4 but playing an expansive style of football reflective of what Jansson experienced at Leeds. 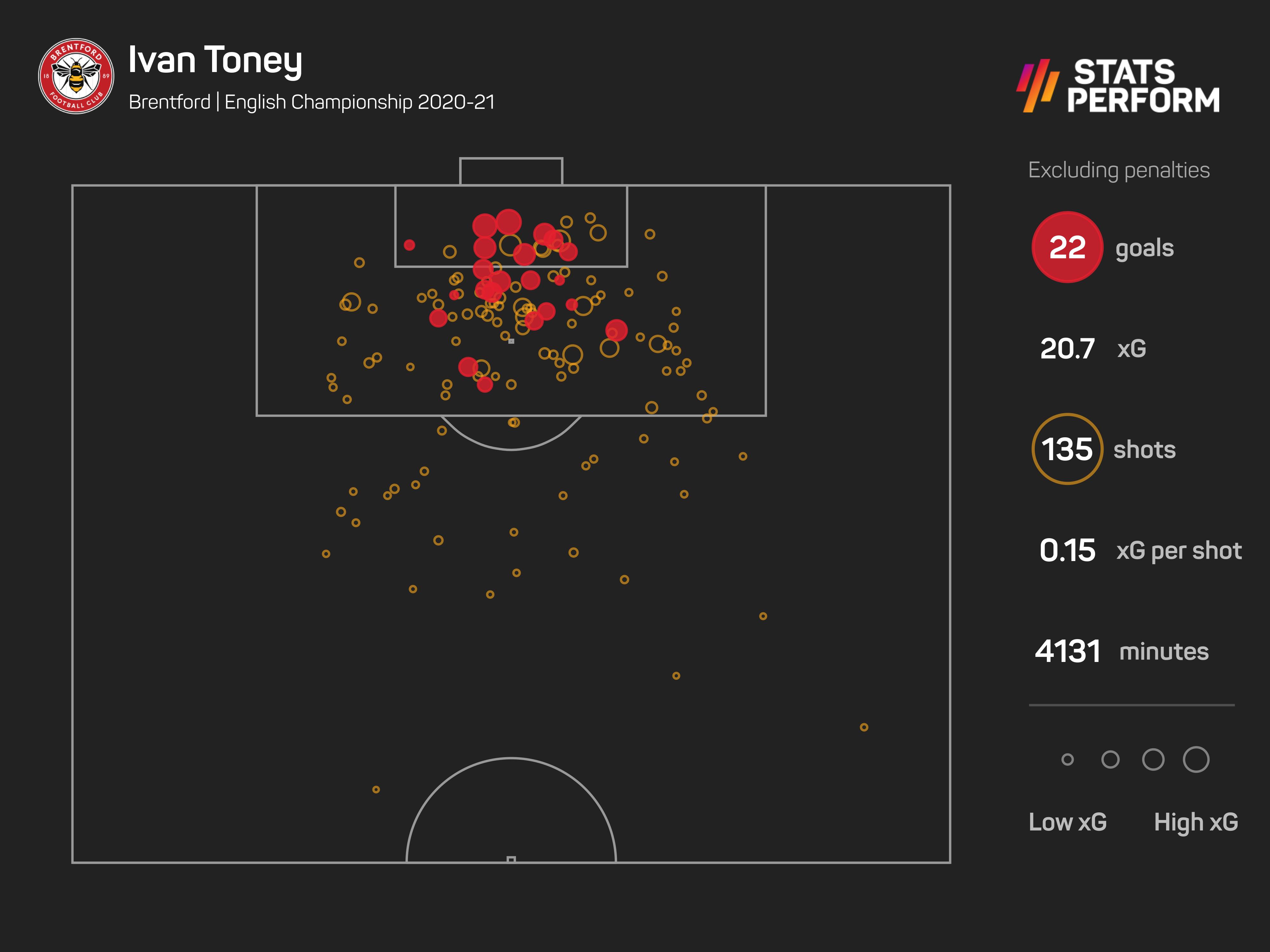 Toney was the talisman behind their promotion, his spot-kick taking him to 33 goals in a remarkable campaign. Twenty-two of those goals came from 135 non-penalty shots with an xG of 20.7.

Asked about what he could do in front of goal in the top tier, Toney replied: "I don't know, who knows what's to come.

"I'm a Premier League striker now and I can't wait to score goals in the Prem."

Negotiations have led to an agreement being put in place for World Cup prize money to be divided evenly between the two U.S. teams.

Former Ajax forward Shota Arveladze says Erik ten Hag can make his mark at Old Trafford, but there may not be an instant impact.

Filip Kostic and Ansgar Knauff will likely be two of Eintracht Frankfurt's biggest threats in the Europa League final against Rangers.

Rumour Has It: Claims Messi to buy into Inter Miami in 2023

Lionel Messi will reportedly buy shares in MLS franchise Inter Miami once his contract with Paris Saint-Germain expires in 2023.

Sheffield United captain Billy Sharp was attacked after his side lost to Nottingham Forest at The City Ground.

Boca Juniors could only manage a point against 10-man Corinthians, while Flamengo and Estudiantes won in the Copa Libertadores on Tuesday.

Liverpool need Aston Villa to take something from Manchester City on the final day if they are to have a chance of winning the title.

Liverpool squad stars 'like Ferraris in the garage' – Klopp

The strength in depth Liverpool possess was key to their victory over Southampton and will be to any future success, says Jurgen Klopp.

Ousmane Dembele could be persuaded to leave Barcelona, yet Joan Laporta hopes the France international decides to renew his contract.

Lee Zii Jia survived an opening-round scare before checking into the second round of the Thailand Open with a 21-19, 21-9 win over Ade Risky Dwicahyo on Wednesday.

Negotiations have led to an agreement being put in place for World Cup prize money to be divided evenly between the two U.S. teams.

Former Ajax forward Shota Arveladze says Erik ten Hag can make his mark at Old Trafford, but there may not be an instant impact.

After standing on the podium wearing the Russian pro-war symbol, Ivan Kuliak has been banned and must return his medal.

Eritrean Biniam Girmay's Giro d'Italia is over after a champagne cork did damage to his left eye.

Azeem Fahmi was disqualified from his men's 100m preliminary heat at the 2021 SEA Games after he was adjudged to commit a false start.