Italy and Argentina can prepare for the 2022 World Cup full of confidence after continental triumphs in the European Championship and Copa America.

The Azzurri have recovered in spectacular fashion from failing to qualify for Russia 2018, while Lionel Messi finally has an international honour to shout about.

Those teams were not alone in taking encouragement from this year's major international tournaments, but other potential Qatar contenders were not quite so impressive.

With the World Cup finals, now just 16 months away, the next big target on the horizon, Stats Perform assesses which teams have put themselves in a better or worse position to challenge.

Italy might have missed the previous World Cup after an awful qualifying campaign but, barring another such mishap, will enter the next tournament as defending European champions, and the Azzurri have in the past tended to perform better on the world stage than in the Euros, this their second continental championship to go alongside four global triumphs.

The only question mark against Roberto Mancini's side heading into Euro 2020 on a long unbeaten run was how they might fare against top teams, having largely avoided facing elite opposition since their most recent defeat to Portugal in September 2018. They then eliminated Belgium, Spain and England in succession to take the title and extend their stunning streak to 34 matches without a loss. 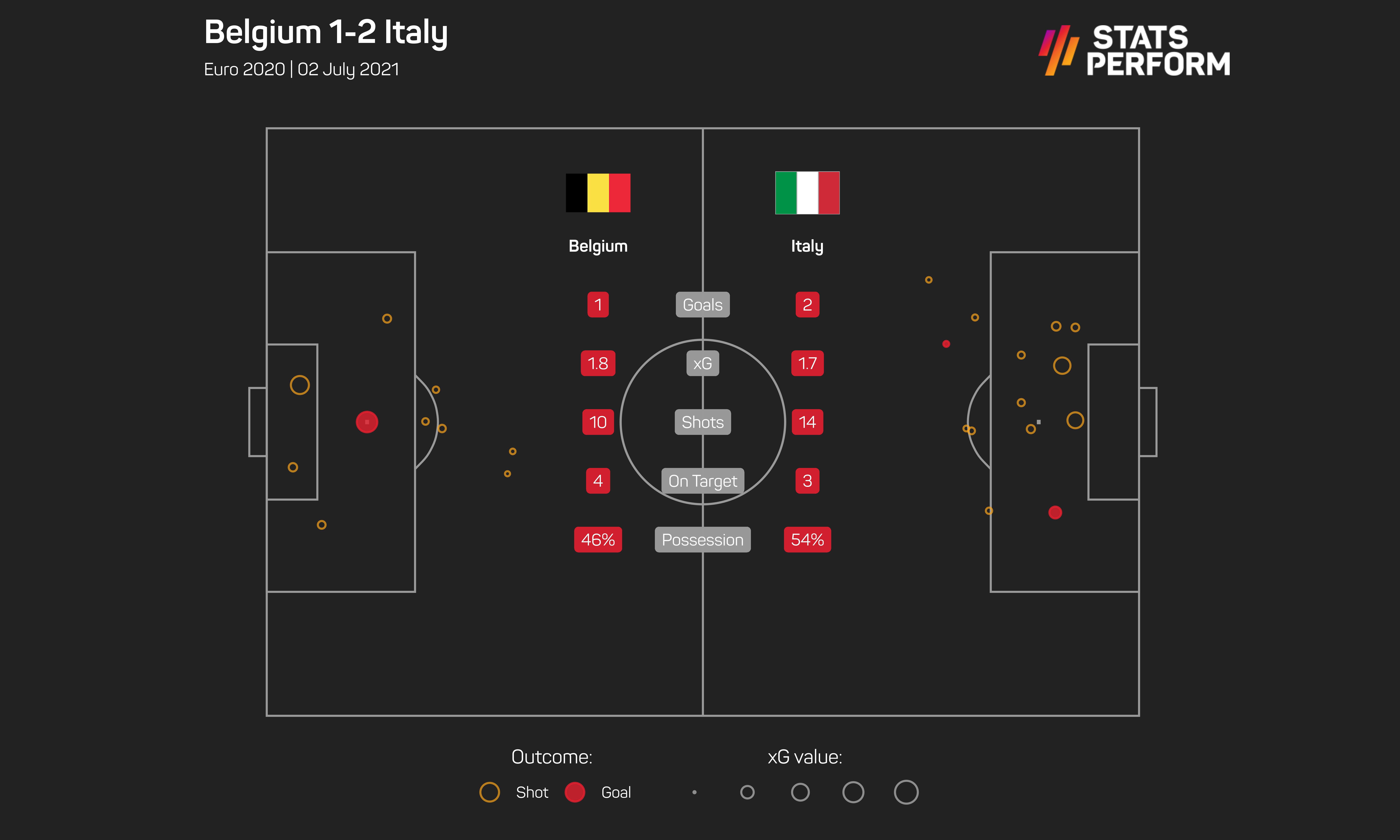 Only in the centre of defence, with Giorgio Chiellini and Leonardo Bonucci, are Italy really ageing, and even then a swift turnaround could see the pair go again, having trailed for only 109 minutes of their undefeated stretch – 65 of those coming in the final against England.

Argentina had been without a major honour since 1993, losing four Copa America finals and one World Cup decider since then. Messi had been involved in four of those five disappointments, but his and his country's fortunes finally changed for the better against Brazil.

The world's finest free agent was the obvious difference-maker, even if he did not score or create a goal in the 2021 final. Messi's goal involvements across the campaign improved from two in 2019 to a leading nine. He also created more chances (3.0, up from 2.0) and attempted more shots (4.0, up from 3.1) per 90 minutes.

But Messi also benefited from Argentina's sturdier foundations. Goalkeeper Emiliano Martinez – a debutant last month – was a breakout star, with the defence in front of him limiting chances as La Albiceleste conceded only three goals, half as many as in more matches in two years earlier.

Qatar 2022 will feel a long way away right now for England, who were so close yet so far from glory at Wembley. It ended in disappointment, but just making a first major tournament final in 55 years can only be counted as a success.

And the Three Lions have now proven they can now regularly contend; having reached the semi-finals at the previous World Cup, they have won knockout matches at consecutive tournaments (excluding third-place play-offs) for the first time. This might well be England's best ever team and they still have age on their side heading to Qatar.

Gareth Southgate's side should at least continue to be hard to beat. Since his first game in charge in 2016, England have kept 35 clean sheets – four clear of Italy with the best tally for a European nation.

Two games into Euro 2020, it seemed unlikely Spain would emerge from the tournament in a particularly positive light. They had dominated against Sweden – setting records for possession (85 per cent), passes (917) and successful passes (830) – and Poland, yet drawn both matches.

But the next two outings were rather more uplifting as La Roja scored five times against both Slovakia and Croatia to become the first team in Euros history to do so in consecutive matches. After scraping past Switzerland on penalties, Spain were the better side against Italy in the last four, only to come up just short – this time beaten on spot-kicks.

If Luis Enrique can unearth a reliable forward before next November, having underperformed their expected goals total by an alarming 4.1, Spain will very much be back in business.

At the end of the group stage, the Netherlands looked to be on a comparable course to Italy. They had also missed out on the 2018 World Cup – and Euro 2016 – but then reached the final of the inaugural Nations League in 2019 and won their first three matches at Euro 2020.

Led by Memphis Depay, those victories had also extended a run of scoring at least twice to 10 consecutive games in an Oranje record. Only then, though, did their campaign fall apart. 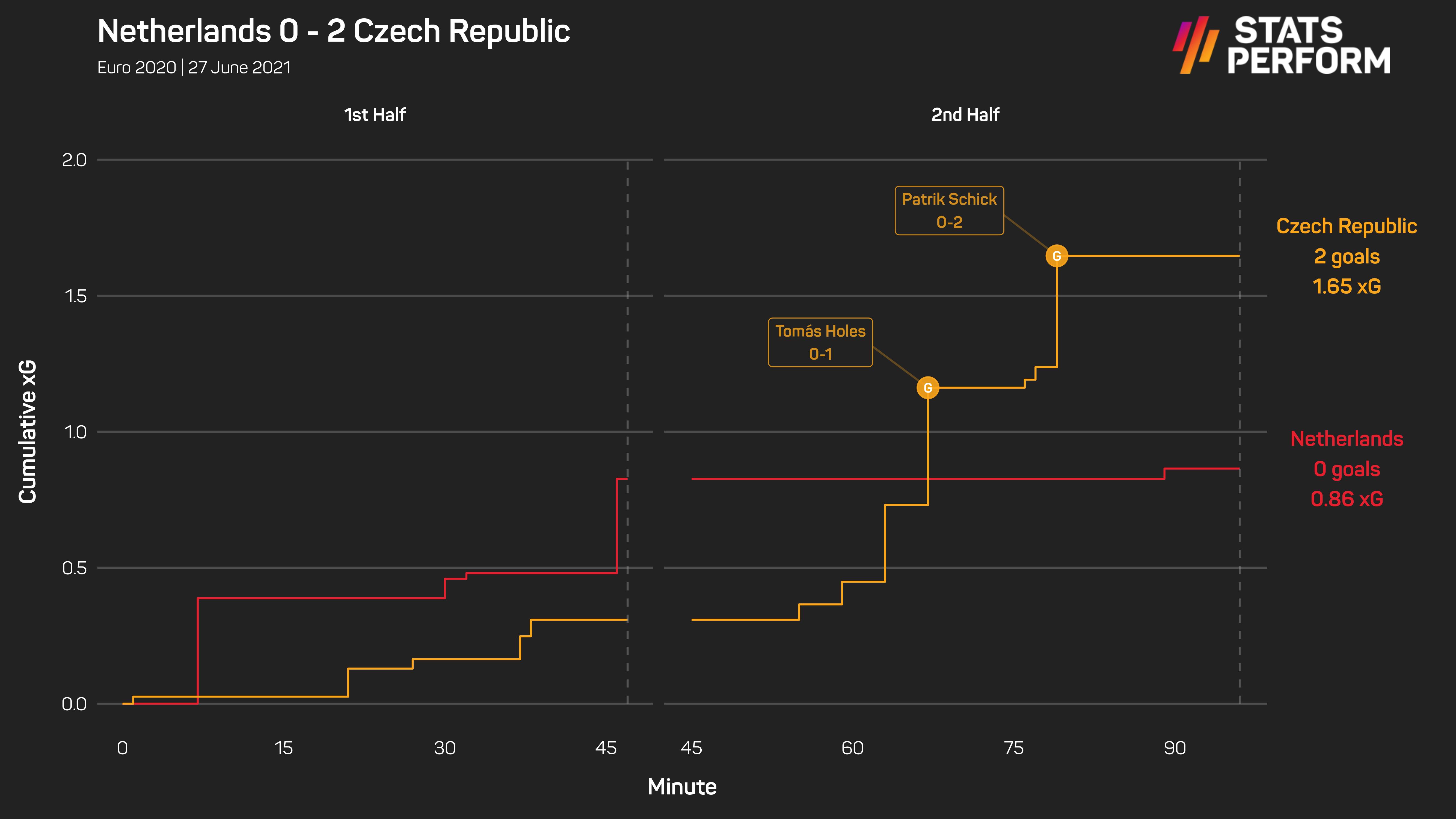 Matthijs de Ligt's red card against the Czech Republic in the last 16 led to a shock 2-0 defeat and cost Frank de Boer his job. Rebuilding again, the Netherlands – who were missing Virgil van Dijk due to the injury he sustained in October 2020 – have work to do just to get to Qatar, one of three teams on six points in Group G in qualifying, behind Turkey.

France were the favourites for Euro 2020 and may well be the popular pick again next year, but their shock shoot-out exit to Switzerland raised plenty of questions.

Supposed to shine alongside the returning Karim Benzema, superstar forward Kylian Mbappe disappointed for the first time on the big stage, a solitary assist his only goal involvement. Yet even when the big names did combine to devastating effect, as Benzema scored twice within four minutes and three seconds of a Hugo Lloris penalty save against Switzerland, dismal defending cost Les Bleus.

France gave away a tournament-high three spot-kicks, not helped by Didier Deschamps' unsuccessful attempt to switch to a new 3-4-1-2 formation – one that will surely be left in the drawer for the World Cup.

Will Cristiano Ronaldo consider this a successful tournament? Portugal lost their crown, but he took home the Golden Boot with five goals and an assist. The Juventus forward's contributions kept Fernando Santos' side in contention as far as the round of 16, although – as at times at club level – there was a suspicion this team might better be able to thrive without their talisman. 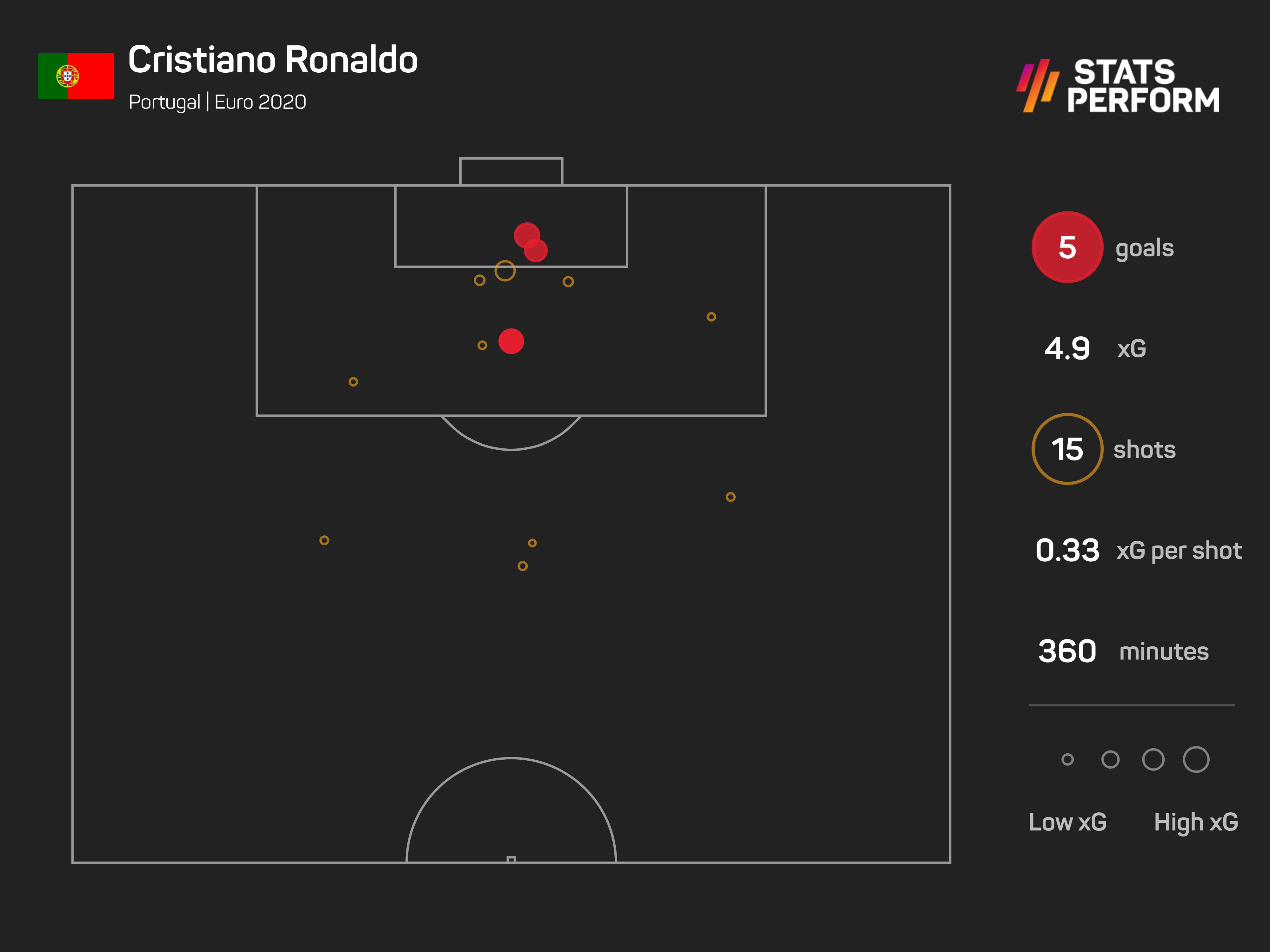 In Qatar, Ronaldo may be less mobile but will surely remain front and centre, reluctant to step aside for Fernandes and Co as he takes one final shot at World Cup glory.

Had a tense home final gone their way, Brazil would have again been big winners coming out of the Copa America. But Argentina's progress and decisive victory has seen the Selecao – for so long on top in South America – knocked off their perch.

After five consecutive successes, it was Brazil's first major tournament final defeat since the 1998 World Cup, while they had not been beaten in a knockout match at the Copa America (excluding penalties) since 2001 against Honduras. However, they did become world champions for a fifth time the following year.

That will be the hope as Tite's men regroup, having lost their scoring touch when it mattered most. Brazil netted only twice in three knockout games.

Messi ruled out of PSG's next match through injury, doubtful to face Guardiola's Man City

Paris Saint-Germain will be without Lionel Messi against Metz on Wednesday as the Argentina international has sustained a knee injury.

PSG beat Lyon 2-1 in Ligue 1 thanks to Neymar's penalty and a late, late header from Mauro Icardi at Parc des Princes.

Manchester United edged a dramatic contest with West Ham in which Ole Gunnar Solskjaer felt his side should have had two penalties.