It's been a long time! Martial bullish after scoring first France goal in five years

France could not beat Ukraine in World Cup qualifying, but Anthony Martial could at least celebrate only his second international goal.

Anthony Martial was delighted to end his long goal drought for France despite their failure to beat Ukraine in Saturday's World Cup qualifier.

Les Bleus were held to a 1-1 draw in Kiev, meaning they have now drawn five consecutive matches in all competitions for the first time in their history.

With Kylian Mbappe having been allowed to return to Paris Saint-Germain, Martial partnered Antoine Griezmann in attack for France, who drew with Bosnia-Herzegovina by the same scoreline last time out.

The Manchester United forward missed a great chance to break the deadlock, his shot saved by Andriy Pyatov following Paul Pogba's throughball. To compound his frustrations, Ukraine launched a counter-attack that ended in a sublime opening goal from Mykola Shaparenko.

That miss took Martial to 28 consecutive shots for the national team without scoring, but he fared better with his 29th, a half-volley from six yards out too much for Pyatov to keep out.

Martial's only previous France goal was in a 3-1 friendly win over Italy in September 2016, and the 25-year-old admitted it had been a frustrating wait.

He has now set his sights on beating Finland next week, a result that would go a long way towards solidifying France's place at the top of Group D. 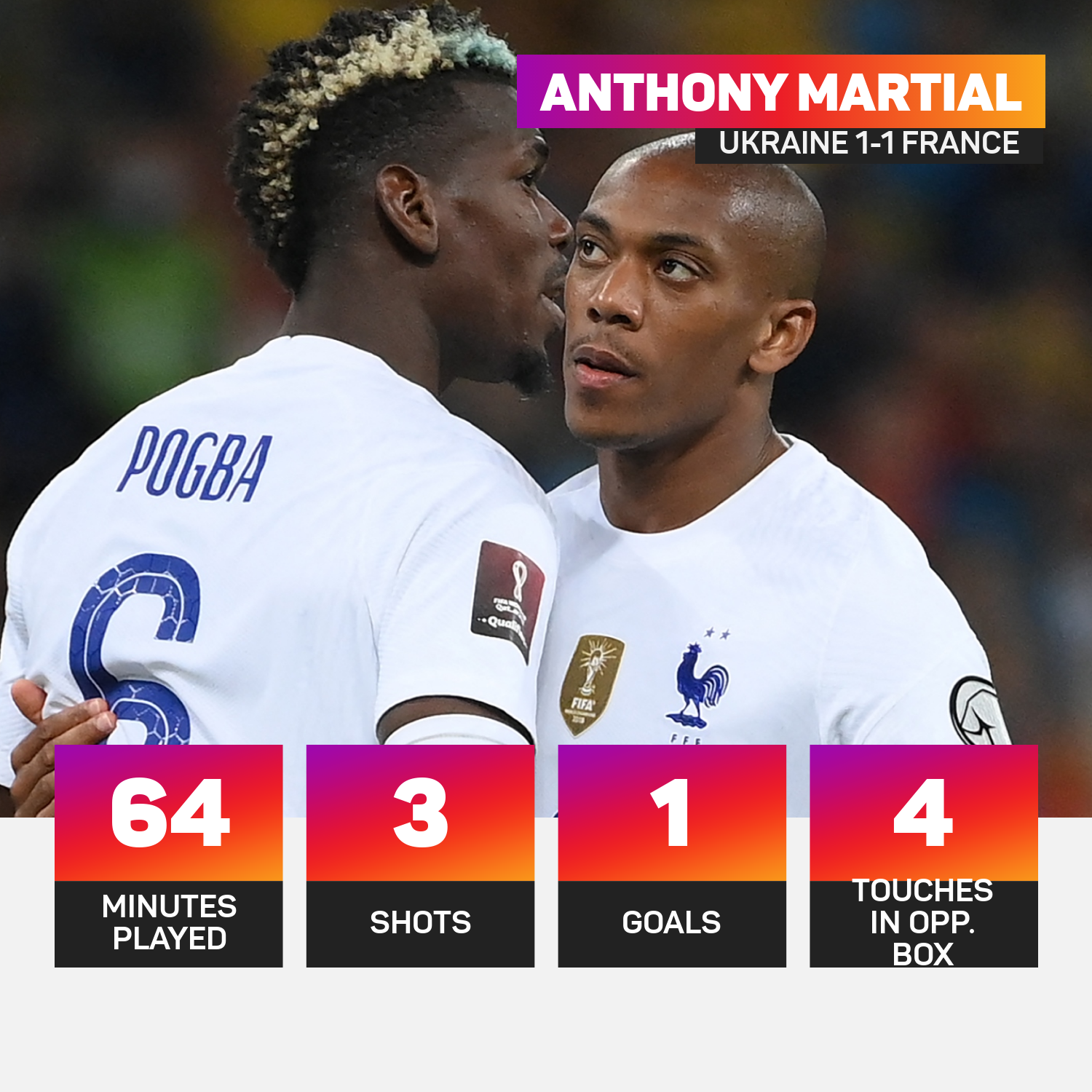 "It's true that it feels good to score, especially after such a long period. It's been a long time!" he told M6.

"It was a difficult game for us, but we were able to come back to score, and that's the most important thing.

"We have one game left before the end of the international break, and we'll have to win it.

"I tried to slip it through the legs of the keeper but, unfortunately, he saved it. And then, they score at the other end.

"We were all disappointed, but we were able to come back and we will do the job against Finland."