Stefano Pioli hailed Zlatan Ibrahimovic on the eve of the striker's 40th birthday, which coincides with Milan's trip to Atalanta.

The Sweden international has featured only once for Milan since undergoing knee surgery in June and was on the scoresheet in that 2-0 win over Lazio on September 12.

Either side of a two-year spell in MLS with LA Galaxy, Ibrahimovic has not played more than 19 games in a single league campaign in European football since 2016-17 in his first of two seasons with Manchester United.

Prior to his recent injury lay-off, though, he was a key player under Pioli as he registered 25 goals in 37 Serie A games between his second debut for the club on January 6, 2020 and the end of last season.

And with Ibrahimovic turning 40 on the day of Milan's clash with Atalanta at Gewiss Stadium, Pioli does not believe retirement is in sight for the Swede, who has pulled out of his country's upcoming fixtures.

"I don't know how many years Zlatan can still play. But from what I see, his enthusiasm and his desire to train, I could also say that he could play forever," Pioli said at a news conference on Saturday previewing the Atalanta match.

"He may not be 100 per cent for many games but his passion for this sport is incredible. Zlatan does what he likes. If I could give him a gift, I would extend his career as much as possible.

"Zlatan is not available for the game, but he is feeling better and will use the two-week break to recover." 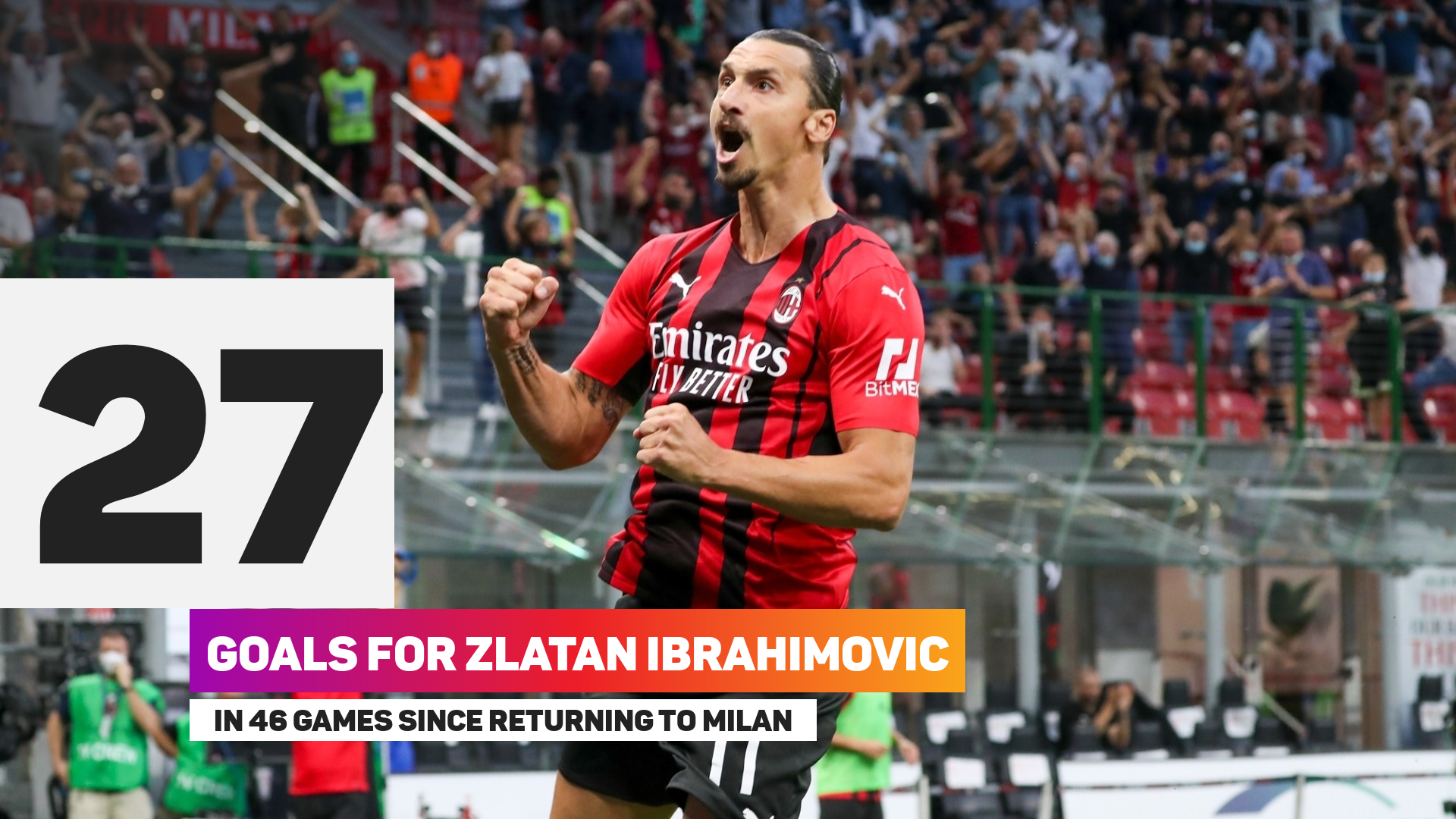 Milan have accrued 16 points from six matches this season and will equal their best start to a Serie A campaign in the three points per win era should they beat Atalanta.

The hosts held champions Inter to a 2-2 draw last week, but they have won just one of their five home league matches against Milan since Gian Piero Gasperini took charge in 2016-17.

Though Pioli is still expecting a tough test on Sunday in an early-season test of his side's Scudetto credentials.

"They are a strong team in every way, tactically, technically and physically. I expect a determined and complete Atalanta," Pioli said.

"I watched their game against Inter and it was spectacular. We have played many games of late but the same is true of our opponents. We will just try to play our best game."