Harry Kane declared he wants to break Wayne Rooney's England scoring record "as soon as possible" ahead of the Nations League away game in Hungary.

The 28-year-old's attention now turns to England, who face Hungary on Saturday before travelling to Germany, with Italy to follow on June 11 in Group A3. England wrap up their run of games with a home clash against Hungary three days later.

Manager Gareth Southgate will see it as a perfect opportunity to evaluate his squad ahead of the World Cup in Qatar in November, while Kane eyes a personal milestone of his own.

The striker has scored 49 goals in 69 appearances for England after moving level with Bobby Charlton's international tally in a 2-1 friendly win over Switzerland at Wembley in March.

Kane, who has been involved in 16 goals in his last 12 appearances for England (15 goals, 1 assist), sits just four behind Rooney's record 53 strikes for his country, and the Spurs man wants to surpass that total as soon as he can. 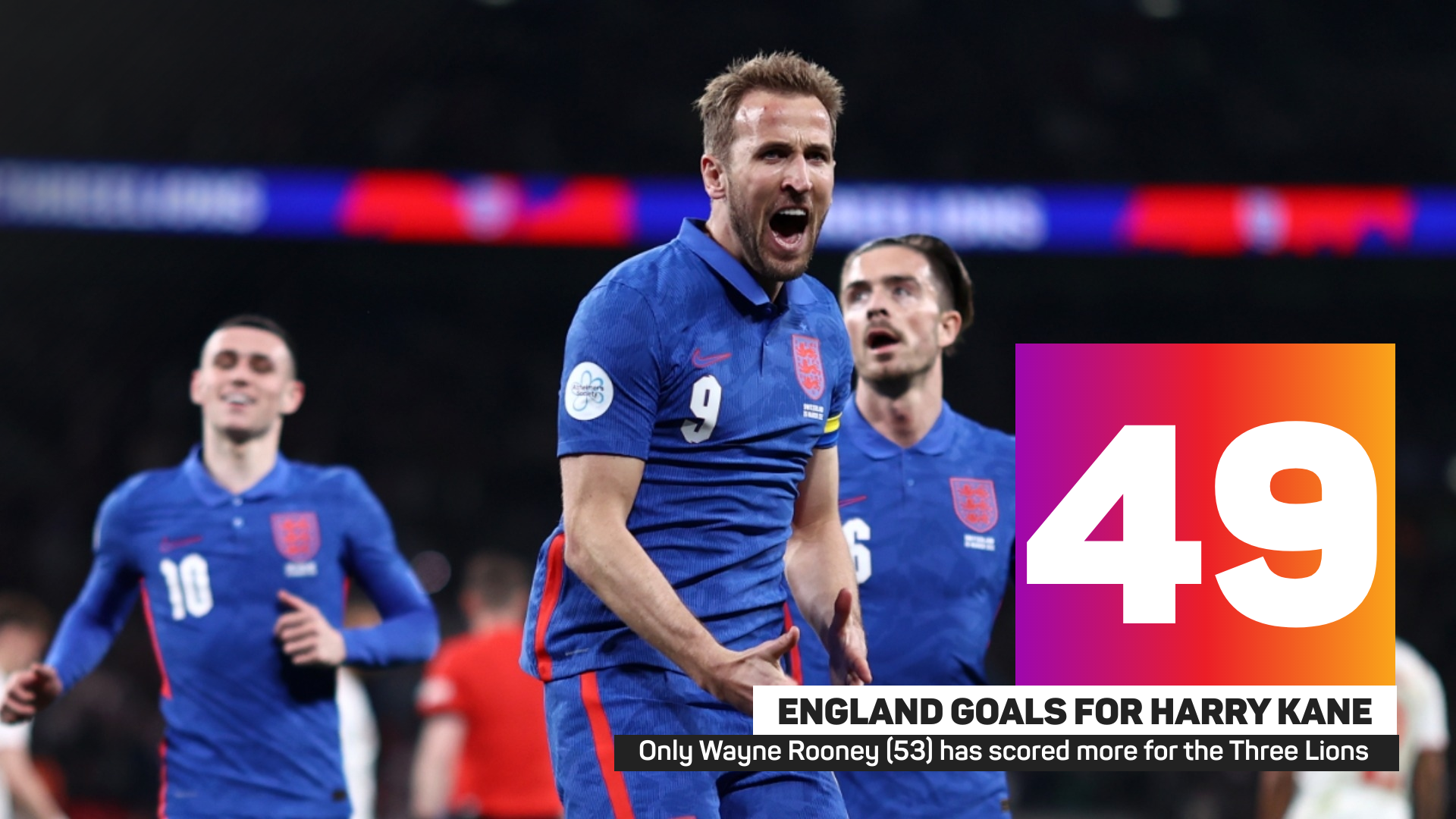 "It seems like a long time ago I made my debut," Kane told a news conference on Friday.

"It's still one of the best feelings, playing for England and pulling on the shirt. Back then it wasn't a number I had in my head.

"It all goes so quickly with the games and major tournaments. It's great to be nearer 50, although, still a few behind Wazza!

"I'd like to break it as soon as possible and see where we go from there."

Kane appreciates the Nations League campaign offers England players a chance to catch the eye of Southgate ahead of the World Cup.

He said: "We have a small amount of games in a short amount of time, so people will want to impress the manager.

"There are some great opportunities in there – for me included. I want to show what I can do. Four more games – six before the World Cup – so we have to be ready."

As for a return to the Puskas Arena, where England players were subject to racial abuse last September, Kane wants the Three Lions to do their talking on the pitch.

"Personally, and as a team, we were really pleased with the way we performed last time," he said.

"I feel like we had a great victory away from home, straight after the Euros as well. We showed a really good mindset, so I think for our point of view, it's about football on the pitch, playing a very good team.

"They came to Wembley and picked up a good result against us when we weren't quite on our game, so we know it's going to be a tough, tough game.

"We feel like we can go out there and put in a good performance."