Ecuador v Peru: Blanquirroja on the brink of quarter-finals

Ecuador are bottom of Copa America Group B and need a win to kickstart their campaign against a Peru side who are on a high.

Peru beat Ecuador in a World Cup qualifier this month and a repeat of that victory on Wednesday will see them through to the quarter-finals of the Copa America.

Goals from Luis Advincula and Christian Cueva in Quito on June 8 gave Peru a first win in the battle to qualify for the World Cup in Qatar next year.

The Blanquirroja responded to a 4-0 drubbing at the hands of Brazil in their Copa America opener by beating Colombia 2-1 in Goiania on Sunday.

Ricardo Gareca's side moved up to third in Group B courtesy of a Yerry Mina own goal and with four teams qualifying for the last eight, they are on the verge of advancing.

Peru, beaten in the 2019 final by Brazil, will have to improve at the back, having failed to keep a clean sheet in 11 matches but will be on a high after ending a run of 10 games without getting the better of Colombia.

Ecuador are bottom of the group with one point after Ronald Hernandez's stoppage-time goal salvaged a 2-2 draw for Venezuela on Sunday.

La Tri boss Gustavo Alfaro is well aware of the threat Peru pose ahead of the clash at Estadio Olimpico Pedro Ludovico Teixeira.

He said: "We must not forget that they have come from being finalists of the last Copa America. Apart from the fact that they had a bad start to the qualifying rounds, they are in a process of recovery. They have a very good and capable coach in Ricardo Gareca.

"I have full confidence in who we are, in the capacities that they have from the middle of the field forward, in how they dominate situations, in everything they have done in knockout games."

Plata was only introduced as a substitute midway through the second half against Venezuela but surely did enough to earn a start.

The winger put La Tri in front for a second time and hit the target with three of his four shots in a lively cameo, also providing two key passes. 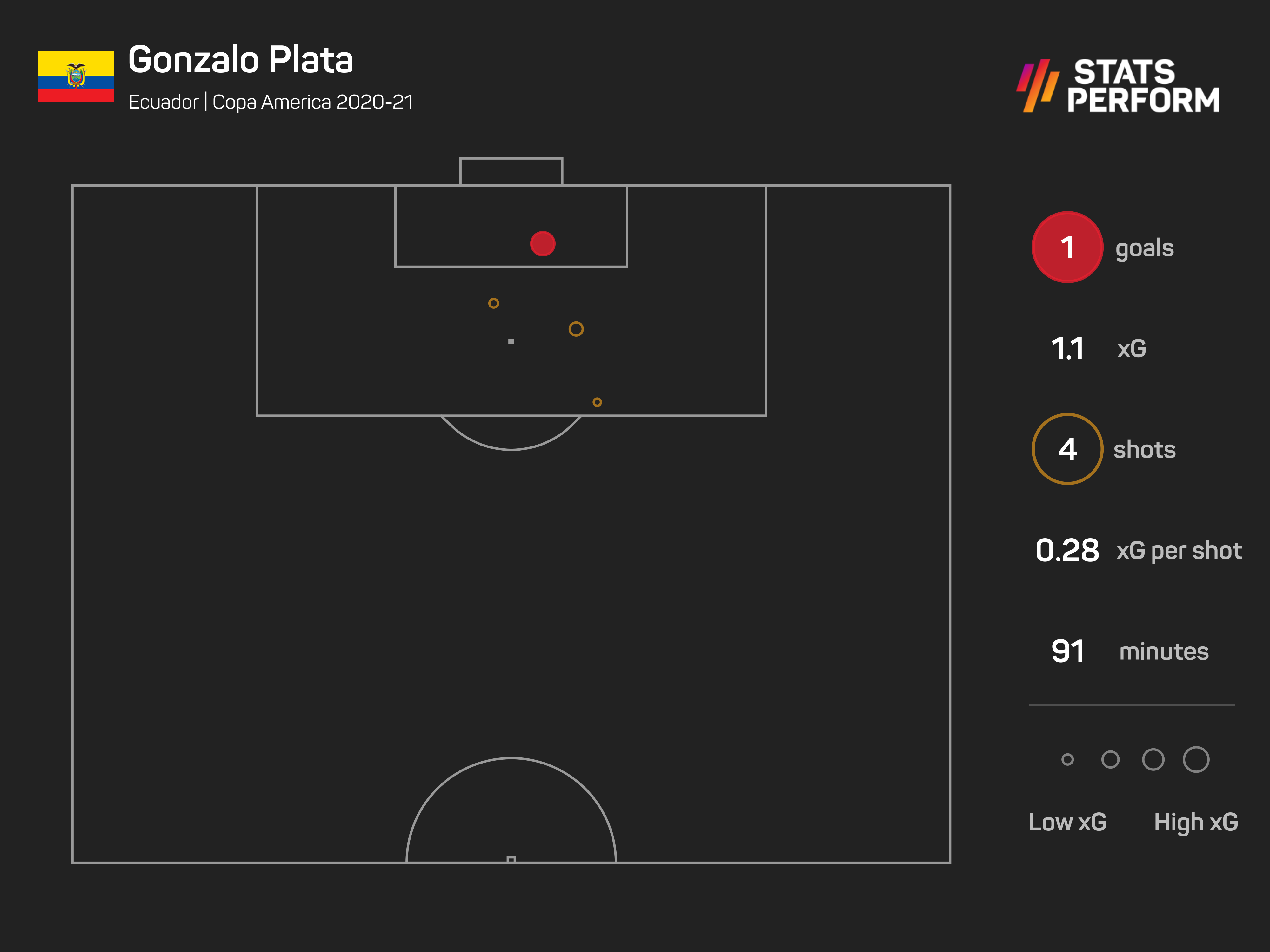 A lack of clean sheets has been an issue for Peru, but Callens played a big hand in the win over Colombia at the heart of their defence.

His seven clearances were over twice as many as any other player as Peru picked up three precious points.

- Ecuador have failed to win in their previous five games against Peru in World Cup qualification and Copa America (D1 L4) fixtures. Previously, they were 11 games unbeaten against Los Incas in these competitions (W7 D4).

- Three of the four Ecuador wins under Gustavo Alfaro were at home: their only win away from home with him as a manager was against Bolivia, in World Cup qualification.

- Peru are the only side to have progressed from all group stages in the Copa America since 1997. Argentina are the other team that have never been eliminated in the first round in that time, though they did not appear in Copa America 2001.

- Thanks to his goal against Venezuela, Ecuador's Plata became the first player born in the 21st century to score in Copa America.

- Two Peruvians rank in the top four players with the most recoveries per game in this Copa America (at least two appearances): Renato Tapia (10.5), Yoshimar Yotun (9, alongside Ecuador's Pervis Estupinan), surpassed only by Junior Alonso (11).

Luis Diaz scored twice as Colombia claimed third place in the Copa America with a 3-2 victory over Peru in Brasília.

On a historic night, Tite's Brazil moved through to another Copa America final at the expense of Peru.

Tite spoke to the media on the eve of Brazil's semi-final showdown with Peru.

Tite could equal a Copa America record in charge of Brazil should he steer his side successfully through Monday's semi-final.

Miguel Trauco scored the decisive penalty as Peru beat Paraguay on penalties to set up a Copa America semi-final with Brazil or Chile.

Should Peru make it eight games unbeaten against Paraguay they will book themselves a spot in the last four of the Copa America.