Barcelona were leading 3-0 at half-time against Celta Vigo, only to collapse after the break and draw.

Frenkie de Jong believes "a bit of personality" is missing at Barcelona after the Blaugrana surrendered a three-goal lead at Celta Vigo.

Xavi was officially appointed as Barca's new coach earlier in the day, though the legendary midfielder was not in charge at Balaidos.

That duty was left to interim coach Sergi Barjuan, who looked set to claim his first LaLiga win and snap a three-match winless streak in the top flight for Barca as they cruised into a 3-0 lead.

Ansu Fati, who then went off injured in what will be a blow to Xavi, Sergio Busquets and Memphis Depay got Barca's goals, only for Marc-Andre ter Stegen's mistake to gift Celta a way back into the game.

Aspas capitalised on that error and was on hand again to curl in a wonderful goal with the last kick of the match after Nolito had set up a grandstand finale.

Barca only mustered 40.5 per cent possession in the second half, during which they had just four attempts to Celta's 10.

One of Barca's efforts saw De Jong hit the crossbar shortly before Aspas' equaliser, but the Netherlands midfielder knows the Blaugrana were found lacking once again. 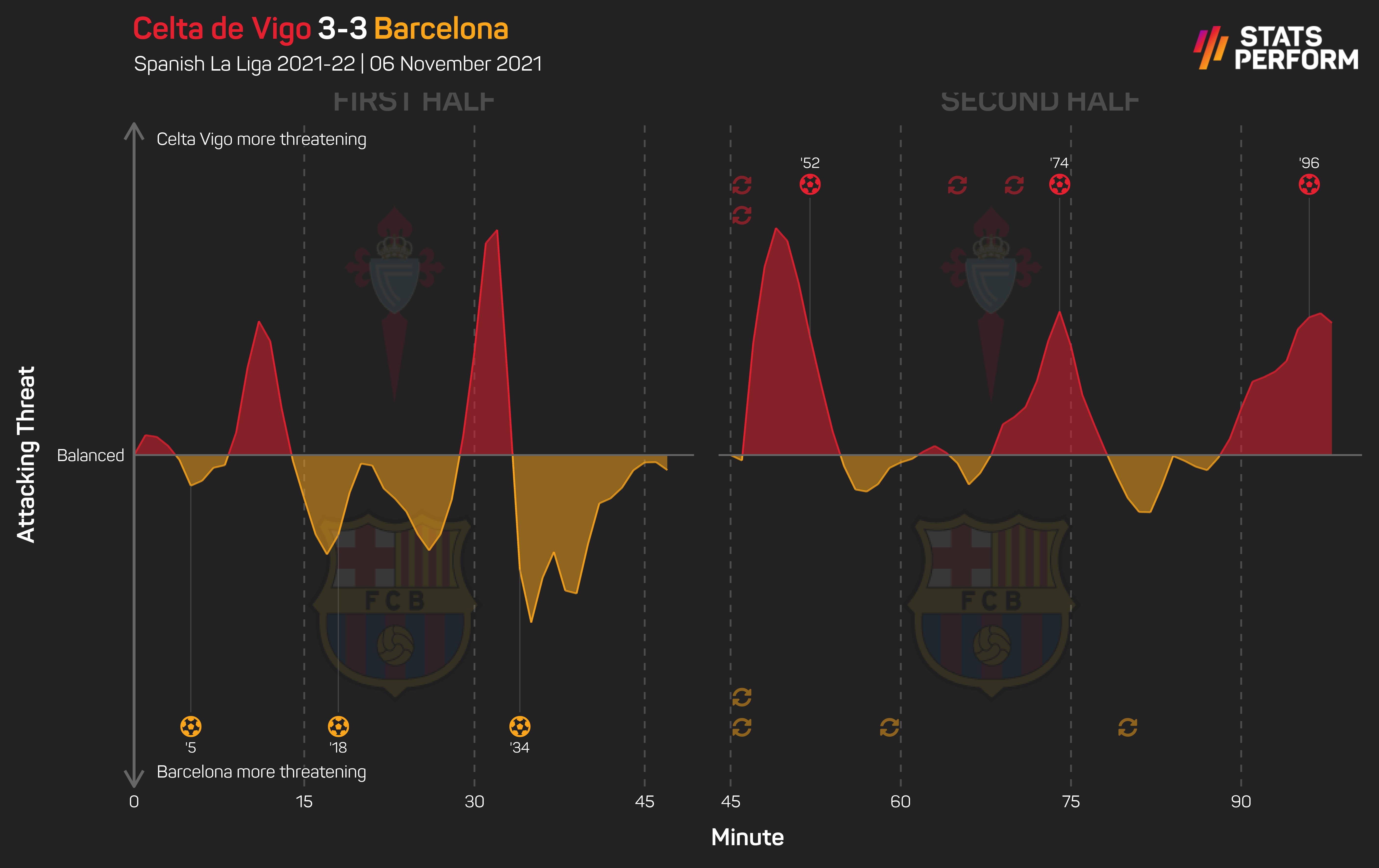 "I think in the second half we forgot to play football. A bit of personality is missing, I think," he told reporters. "The players are the ones who have to change, that's it.

"This game was very important to get us a little boost. This is a very big blow for us. We can fight because we have quality. It will be very difficult, but we have to continue."

Asked if Xavi is the right man to turn Barca's situation around, De Jong added: "We must see. People are excited about his arrival, and we are going to work hard."

Saturday's match saw Barca squander a three-goal advantage in a LaLiga game for the first time since January 1998, against Valencia at Camp Nou in a 4-3 defeat.

The Blaugrana sit ninth in LaLiga heading into Sunday's matches ahead of the international break, with Xavi's first game in charge set for November 20 – a derby against Espanyol.

Ivan Perisic refused to be drawn on where he might be playing his football next season ahead of Inter's trip to Real Madrid.