Erik ten Hag was present as Manchester United capped an abject season with a poor performance at Crystal Palace on Sunday.

Manchester United will be playing Europa League football next season despite Wilfried Zaha scoring in a 1-0 win for Crystal Palace over the Red Devils in the Premier League.

Incoming United boss Erik ten Hag was in attendance at Selhurst Park as Zaha punished a languid first-half showing by Ralf Rangnick's side to put Palace in front.

United, without the injured Cristiano Ronaldo, could not find a breakthrough in the second half as they fell to a sixth straight away league defeat.

However, West Ham were defeated by Brighton and Hove Albion on Sunday, which kept United in sixth despite the Red Devils finishing the term with a club record-low Premier League points tally. 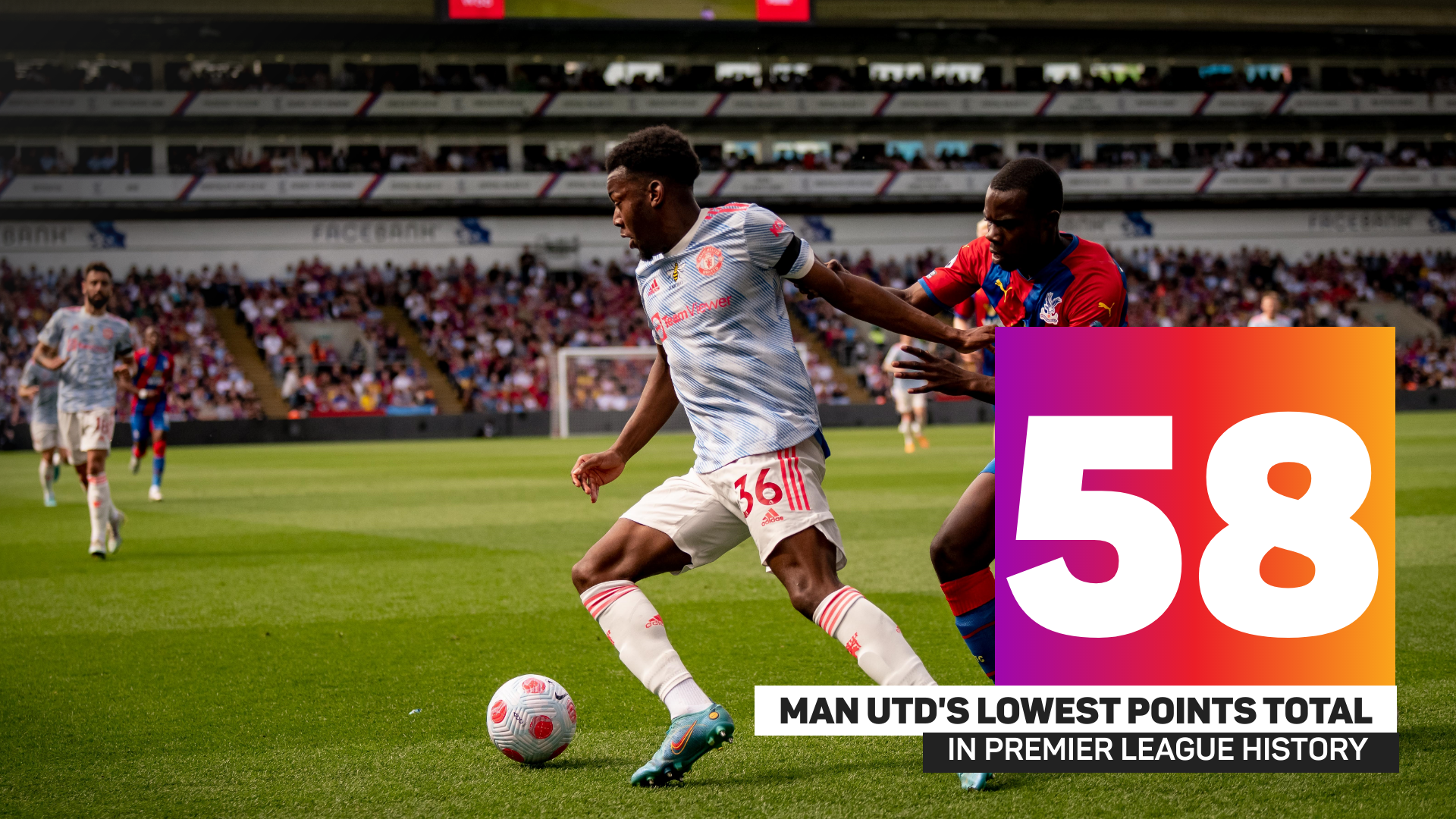 Edinson Cavani, playing in his final game for United, almost wrongfooted Vicente Guaita with a volley after 14 minutes, but the Spaniard readjusted to parry away.

David de Gea showed quick reflexes to thwart low drives from Zaha and Jeffrey Schlupp, but the United goalkeeper had no response shortly after when the Ivory Coast international drilled into the bottom-left corner.

Bruno Fernandes tamely curled a free-kick into Guaita's hands after the interval, while Conor Gallagher dragged a presentable opportunity wide at the other end.

Anthony Elanga sliced wide from Juan Mata's cutback as United searched for a late equaliser, although a belated offside flag against the Spaniard spared the Sweden international's blushes.

Cristiano Ronaldo wants to leave Manchester United, according to reports, but is that necessarily bad news for Erik ten Hag?