Manchester City's lead at the top of the Premier League is down to four points after drawing 0-0 at Crystal Palace.

Manchester City failed to restore their six-point lead at the Premier League summit as they were held to a goalless draw at Crystal Palace on Monday.

Palace had been looking to complete a first league double over City since 1987-88 but settled simply for frustrating Pep Guardiola's side, who went the closest to opening the scoring in the first half when Joao Cancelo rattled the woodwork.

Kevin De Bruyne was also denied by the frame of the goal after the interval, with no late winner forthcoming at Selhurst Park.

The stalemate meant City moved just four points clear of second-placed Liverpool, who have a game in hand and are yet to play the champions at the Etihad Stadium. 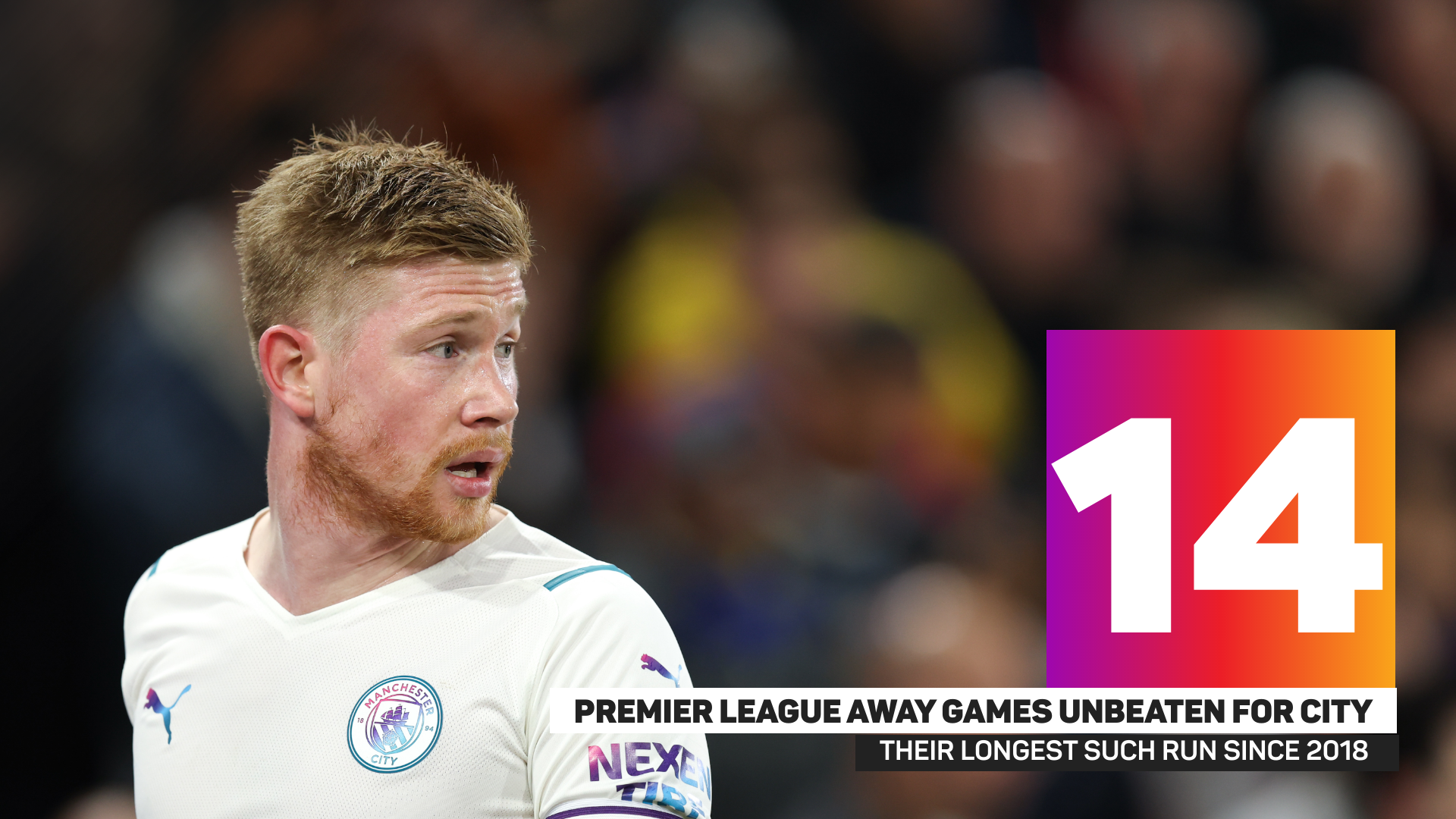 Michael Olise poked narrowly wide in the opening stages, while Bernardo Silva spurned a glorious chance after Vicente Guaita had spilled a De Bruyne strike at the other end.

De Bruyne then tested Guaita's reactions with an audacious volley, before Cancelo cannoned against the left post with a thunderous long-range effort, with Aymeric Laporte squandering the inviting rebound inside the area.

Riyad Mahrez almost found the top-left corner with a left-footed curler, then De Bruyne struck the right post after the break with his low drive. Guaita tipped over from Mahrez on the follow-up, but a belated offside flag meant a breakthrough goal would not have stood.

Silva wasted another gilt-edged chance to nudge City ahead when he touched wide from Jack Grealish's cross, while Laporte failed to make clean contact with a close-range header late on.

Conor Gallagher could even have stolen victory as his shot from a tight angle rose over Ederson's goal in stoppage time.

A quiet match for the Norway international is no cause for alarm, says Kevin De Bruyne after Erling Haaland's latest Manchester City turn.

A fine performance from Kevin De Bruyne helped guide Manchester City to an easy victory over Bournemouth in the Premier League.

Real Madrid dominate the men's Ballon d'Or nominations, as do fellow Champions League winners Lyon in the shortlist for the women's award.

Australia wilted against Argentina in San Juan and head coach Dave Rennie laid into his side after their Rugby Championship collapse.