Craig Goodwin missed out through a "fairly serious" injury but Adelaide United still progressed to the last four by beating Brisbane Roar.

Adelaide United progressed to the A-League semi-finals with a 2-1 win over Brisbane Roar, but look set to be without winger Craig Goodwin for a clash with Sydney FC.

A first-half double from Tomi Juric saw Adelaide into the last four, with Brisbane unable to complete a comeback despite Alex Parsons pulling a goal back in the 56th minute.

They now face Sydney for a place in the Grand Final, having come through their elimination match minus Goodwin.

Goodwin suffered an ankle injury in training on Saturday and coach Carl Veart said: "He'll have a scan on Tuesday.

"He's had an X-ray, there's no break there but the way he went down, the pain he was in, it didn't look good. 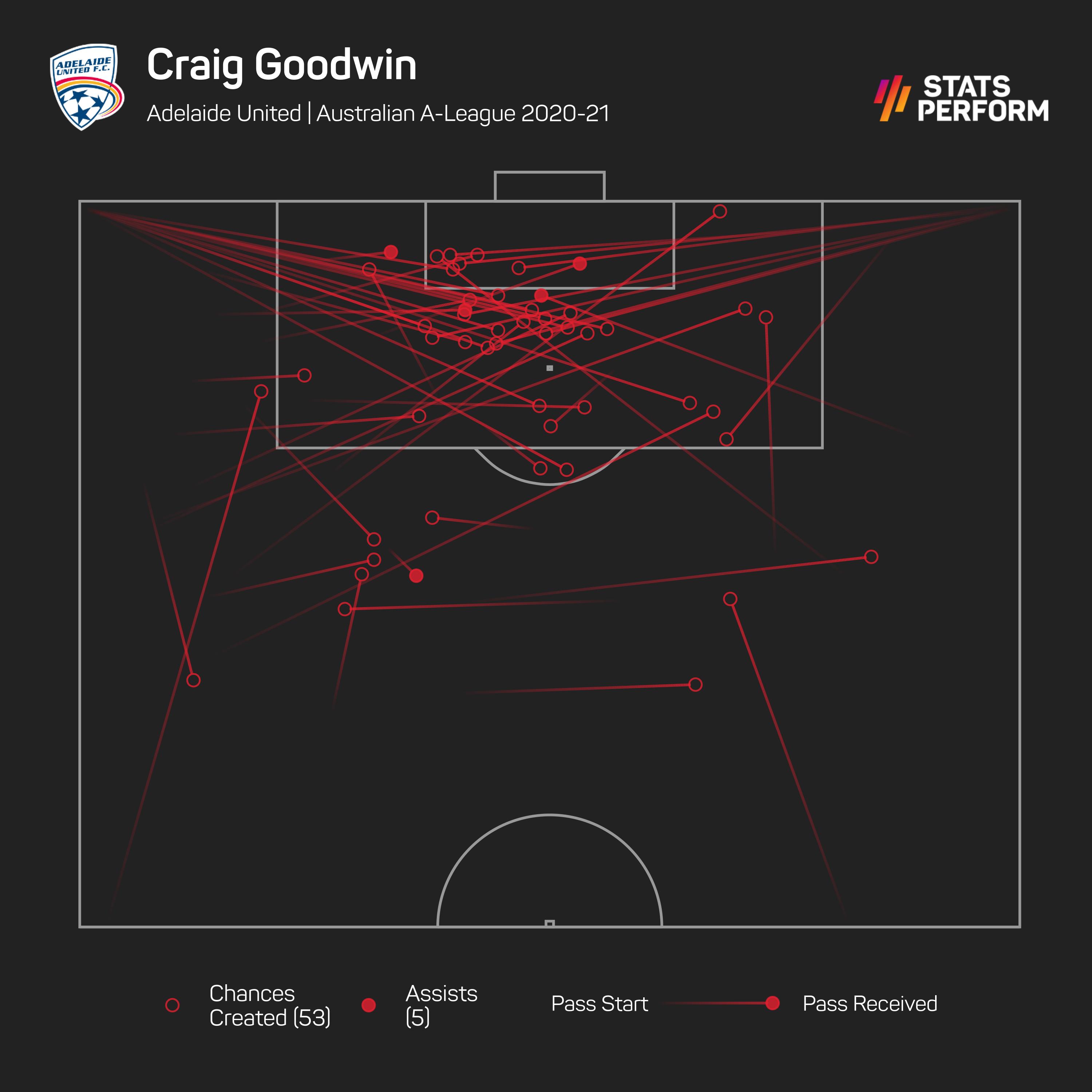 "We can keep our fingers crossed and hopefully it's not too bad but he was in a lot of pain so I think it will be fairly serious."

On loan from Saudi club Abha, Goodwin has been instrumental for Adelaide this season.

He has scored eight goals and provided five assists, with his 53 chances created the eighth-most in the A-League.

Those close to Ange Postecoglou provide an insight into the new Celtic boss, while Stats Perform looks at his numbers, using Opta data.

Craig Goodwin missed out through a "fairly serious" injury but Adelaide United still progressed to the last four by beating Brisbane Roar.

Wellington Phoenix and Perth Glory's top-six hopes were dented as they drew 2-2, while Brisbane Roar lost to Western Sydney Wanderers.

Brisbane Roar moved into the A-League top four after a comfortable victory over a much-changed Melbourne Victory at Moreton Daily Stadium.

Brisbane Roar had to work hard for a narrow victory at Newcastle Jets that saw them build a three-point cushion on those not in the top six.

Brisbane Roar denied Central Coast Mariners in the A-League, while Perth Glory continued to emerge from a slump with a comfortable victory.

Melbourne City beat Brisbane Roar despite an impressive performance from the visitors, while Perth Glory edged out Melbourne Victory.