Liverpool visit Benfica in the first leg of their Champions League quarter-final on Tuesday, but Patrik Berger is not expecting an easy win.

Benfica may not be as big of a name as Real Madrid, Barcelona and Manchester United but Anfield hero Patrik Berger warned Liverpool of the "tough" challenge they face in the Champions League quarter-final.

Liverpool edged past Inter 2-1 on aggregate in their last-16 clash, while Benfica knocked out Ajax to set up the last-eight meeting between the two sides, with the first leg set for Estadio Da Luz on Tuesday.

Despite the Reds appearing strong favourites, Benfica will be no pushovers given they have won their last three home meetings with Liverpool.

However, Jurgen Klopp has assembled a formidable winning machine as his team aim for victory in five consecutive away games in the European Cup and Champions League for just the second time, having last done so between 1983 and 1984 under Joe Fagan.

Liverpool also remain in the hunt for an unprecedented quadruple, the Reds in contention in Europe, the Premier League and FA Cup after lifting the EFL Cup earlier in the season, but Berger urged caution from his former club against Benfica.

"Benfica are a good side, in the last 16 of the Champions League all the teams are good," he told Stats Perform. "Maybe some of them don't have a name like Madrid, Barcelona or Manchester United, but they are good team and they have good players.

"It's a tough opponent, they are playing well and it seems easy but it won't be easy they are a good side." 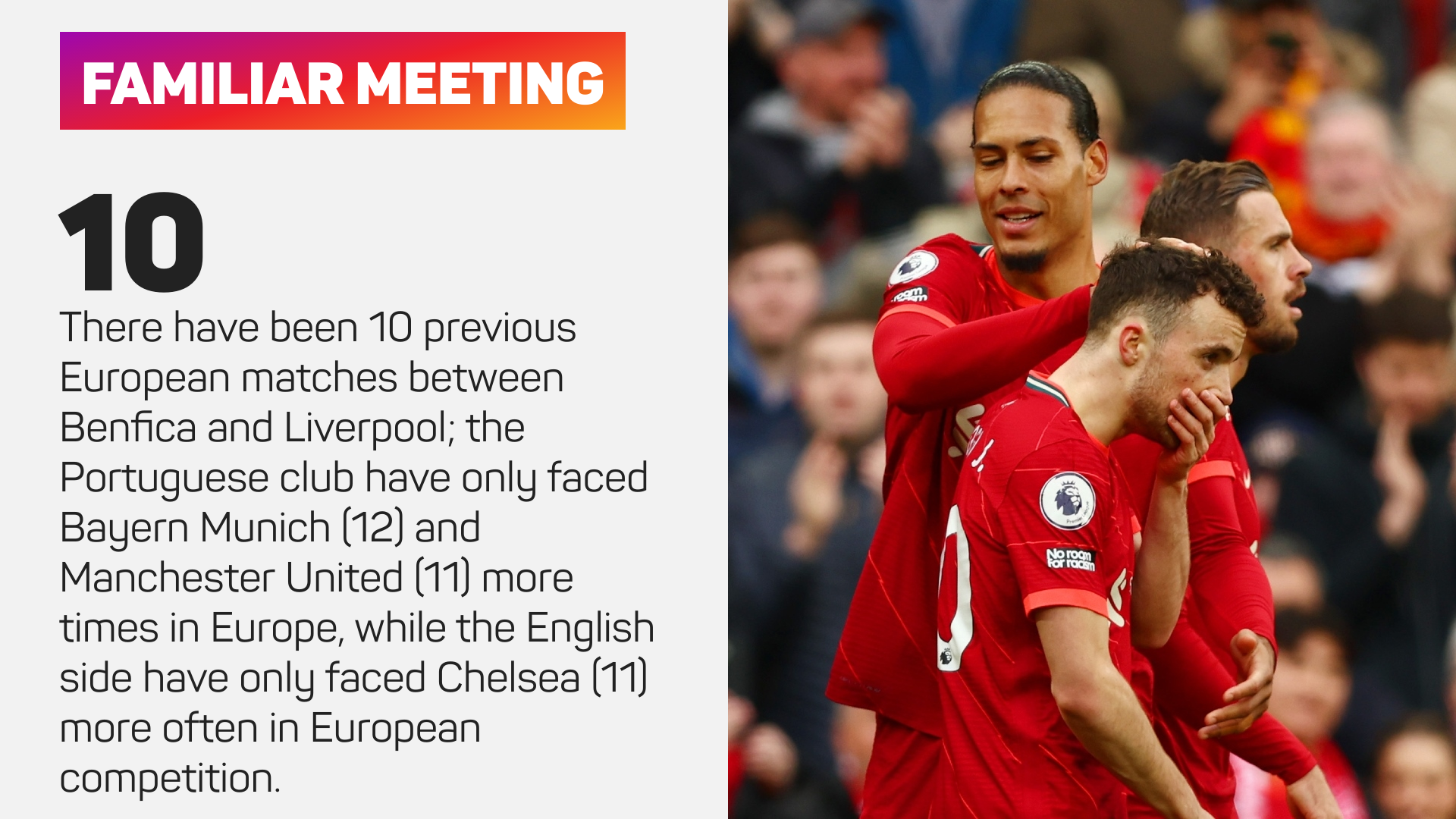 Former Liverpool captain Sami Hyypia also echoed Berger's sentiments as he called on the Reds to take each game as it comes.

"You can't underestimate any opposition," he told Stats Perform. "You have to go to every game with 100 per cent, and I think Klopp knows that as well so he will motivate the team to go 100 per cent in the next game."

Liverpool will look to continue their eight-game unbeaten run in the Champions League against Portuguese opposition, winning each of the last four, before hosting Benfica at Anfield in the return leg on April 13.