Bellingham can be best midfielder in the world, says England team-mate Foden

Another assured performance from Jude Bellingham at the heart of England's midfield has Phil Foden waxing lyrical about his prowess.

Jude Bellingham can be the best midfielder in world football after starring for England in their win over Senegal, says England team-mate Phil Foden.

The teenager helped steer the Three Lions out of a cagey start to emerge as comfortable winners in Sunday's World Cup last-16 tie, nabbing an assist in a 3-0 victory.

It is the latest assured turn from the Borussia Dortmund youngster, who has firmly staked his place in the heart of Gareth Southgate's side at Qatar 2022, helping them to a joint-record goal haul at a major tournament with 12.

But Foden, who bagged England's other two assists in Al Khor, feels the sky can be the limit for the 19-year-old after helping to set up a quarter-final clash with France.

"I don't want to big him up too much because he's still young," Foden told ITV. "But he's one of the most gifted players I've ever seen.

"I don't see a weakness in his game. I think he's got everything. I'm sure he's going to be the best midfielder in the world." 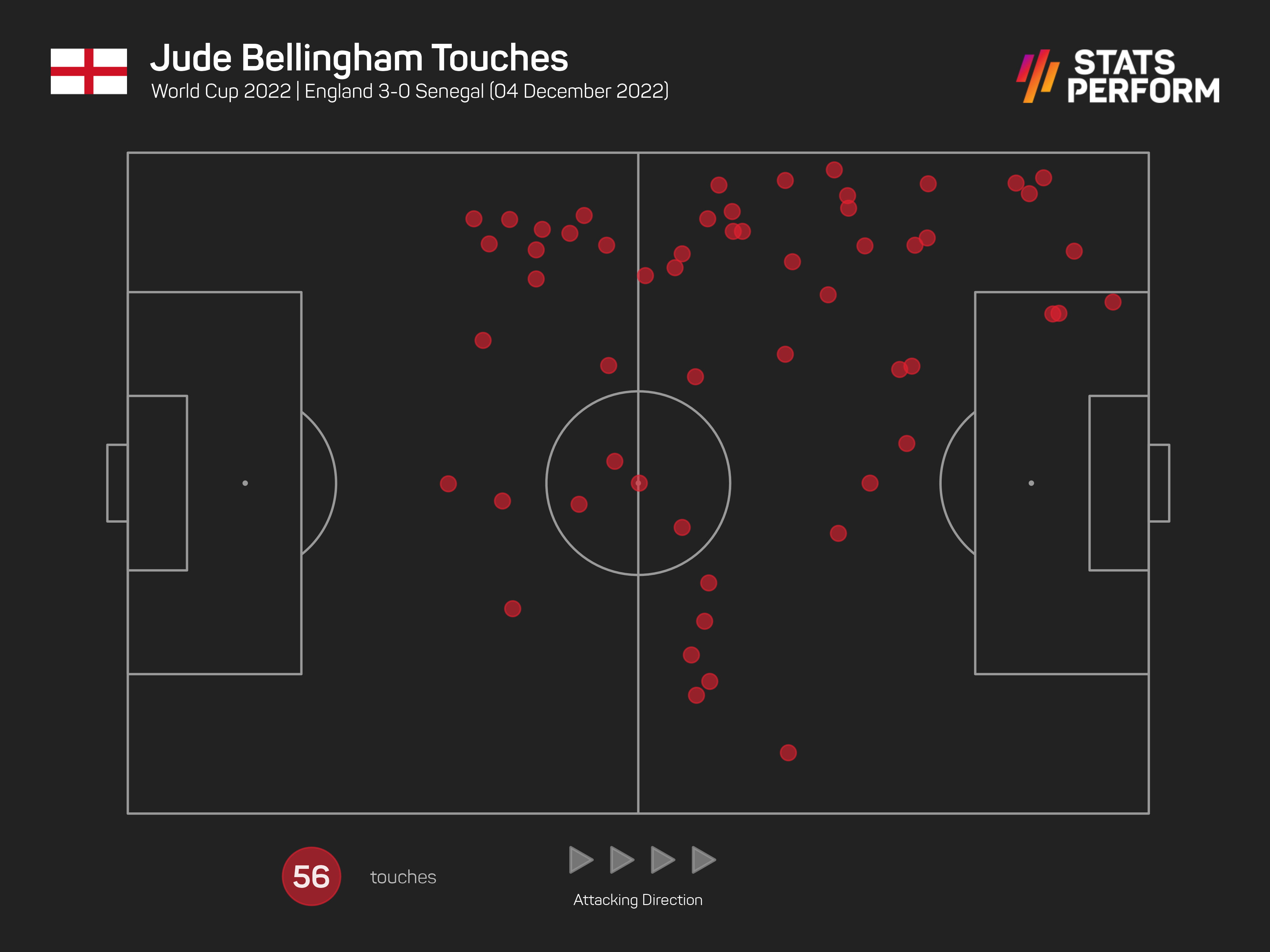 Captain Harry Kane, who ended his own tournament goal drought to add England's second, concurred with Foden's assessment, but also offered wider praise for the winger and fellow goalscorer Bukayo Saka too.

"They're brilliant," he added. "All three of them today, having a big part in the goals, that's what we need.

"We've got a great mixture of youth and experience now. Over the years, it's not been easy for England. Credit to the boys, our mentality was top, and we took our chances when they came."

However, Bellingham himself was quick to pay tribute to one of the squad's most senior faces in Jordan Henderson, after the Liverpool man converted the former's low ball for England's opener when under pressure.

"I saw some of the rubbish written about him playing today," Bellingham said. "It's ridiculous. He's so underrated technically. He delivered again in a big game with a goal.

"The first 35 minutes were tough. They were hard to get through, but the goal was really well worked. When I get into those areas, I'm always confident the boys around me will take up brilliant positions."

12 - England have scored 12 goals in four matches at this year’s #FIFAWorldCup - the Three Lions’ joint-most at a single major tournament (World Cup and Euros), level with their 12 goals at the 2018 World Cup. Efficient. pic.twitter.com/MfZG4UmM21

Redknapp confident Kane will stay and win trophies with Spurs

Despite Harry Kane's Tottenham contract expiring in just 18 months, Harry Redknapp is sure the striker will stay with the club.