Bayern Munich restored their nine-point lead at the Bundesliga summit thanks to Robert Lewandowski's penalty in a late 1-0 win over Bavarian neighbours Augsburg.

The hosts were beaten 1-0 by Villarreal in the first leg of their Champions League quarter-final tie in midweek and were frustrated for 82 minutes at Allianz Arena on Saturday.

Just when Bayern looked to be heading for a first league blank since January 2020, Lewandowski's header hit Reece Oxford's arm and the striker stepped up to convert from the spot.

Bayern have now won three league games in a row and retain a healthy lead over Borussia Dortmund, who beat Stuttgart 2-0 on Friday, ahead of the sides meeting in two weeks. 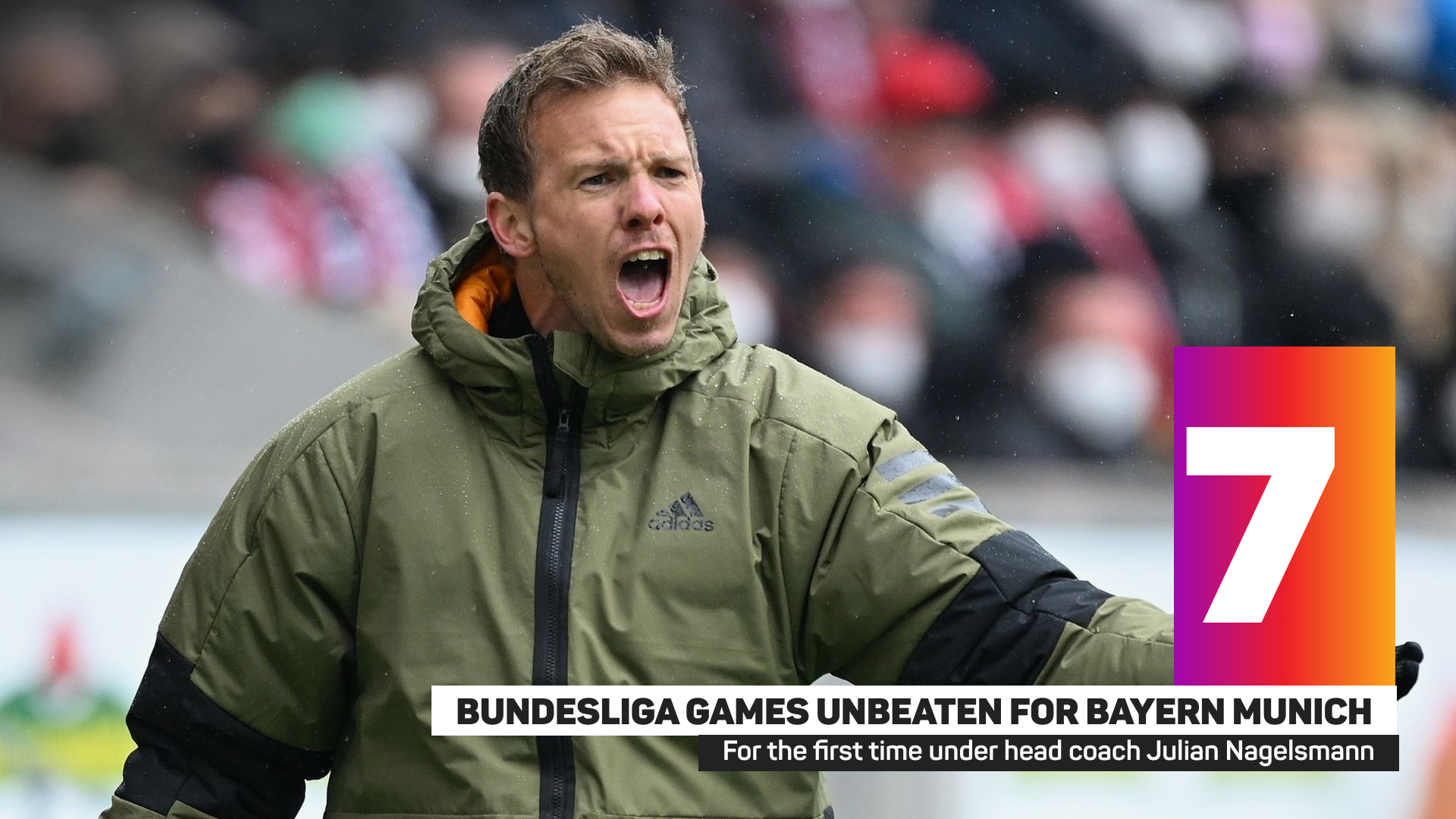 Augsburg had picked up more points than any side over the previous four gamedays and more than held their own in a first half that never truly got going.

Robert Lewandowski managed to get away one of four shots for Bayern before the interval, but none of those attempts tested opposition goalkeeper Rafal Gikiewicz.

Julian Nagelsmann introduced Jamal Musiala for Serge Gnabry at the interval and Lewandowski forced a fine save out of compatriot Gikiewicz a minute later from a headed chance.

Further changes followed, perhaps with an eye on the return fixture with Villarreal, but Bayern continued to toil until their breakthrough moment eventually arrived.

Lewandowski headed down a Joshua Kimmich shot and, after checking the pitchside monitor, the referee pointed to the spot for Lewandowski to send Gikiewicz the wrong way.

Kimmich hit the crossbar and Niklas Dorsch brilliantly denied Lewandowski a second from the line, though one goal was enough for Bayern to bounce back from their midweek loss.