In an interview with Stats Perform, Juliano Belletti insisted the transitional period Barcelona are going through is nothing new.

Barcelona's youngsters can help the club emerge from their transitional period as a stronger side, according to former full-back Juliano Belletti.

The Catalan giants have endured a difficult time of things on and off the field of late, with a solitary Copa del Rey triumph all they have to show for the last two seasons.

Barca finished outside the top two in LaLiga last term for the first time in 13 seasons and are down in seventh place eight games into the 2021-22 campaign.

Due to the club's well-documented financial problems, with their debts amounting to €1.35billion, they were unable to keep hold of legendary forward Lionel Messi during the close season.

As well as being off the pace in LaLiga, Ronald Koeman's men have also kicked off their Champions League campaign with successive 3-0 losses to Bayern Munich and Benfica.

It is the first time Barca have lost back-to-back group games in a single season since 2000-01, putting added importance on Wednesday's clash with Dynamo Kiev.

But while many are questioning whether the 26-time Spanish champions are a fading force, Belletti insists what his former side are going through is completely normal.

Belletti has personal experience of helping Barca return to the top of Spanish and European football after the previous barren spell that saw them go five seasons without a trophy between 1999 and 2005.

Then a Brazil international, Belletti arrived from Villarreal ahead of the 2004-05 campaign and was a regular in that season's LaLiga triumph.

He also lifted the title in a memorable second campaign at Camp Nou that also saw him score the winner in the Champions League final against Arsenal – his only goal for the club.

Fourteen years on from his departure, Belletti can see a similar scenario playing out in Catalonia.

"It is very weird for world football to see what's going on at Barcelona lately," he said. "However, I see it as a transition: from what has happened last season, to a new era of the club.

"When you change something as Barcelona has done it, there are always difficulties and tough times. And you should know how to deal with them.

"Barca has already dealt with them at times in their history. It is not the first time. When I arrived at Barcelona in 2004, the club was in a dry titles run for five years.

"It was seen as a very big crisis, so much pressure, many critics… and we were able to change the way. It is exactly what it is going to happen again.

"It's a very well-known club, with many fans all over the world… so, pressure is different to what it used to be a few years ago. But I think it is normal.

"They will go through it. There are going to be many tough times, but the current president has experience on how to fix this situation."

Belletti, who made 102 appearances for Barcelona before joining Chelsea in 2007, added: "Nobody is perfect and I can guarantee the work is really hard and complicated when you work in a global company.

"You need people around you who support you, especially in football. All of us we go through difficulties. We are managing a small, medium or huge company. In that process, there are difficulties.

"What happens to Barcelona is due to its huge size, meaning that difficulties are huge too. They haven't won trophies and it has been tough to keep youngsters like they used to do it and that affects into the pitch." 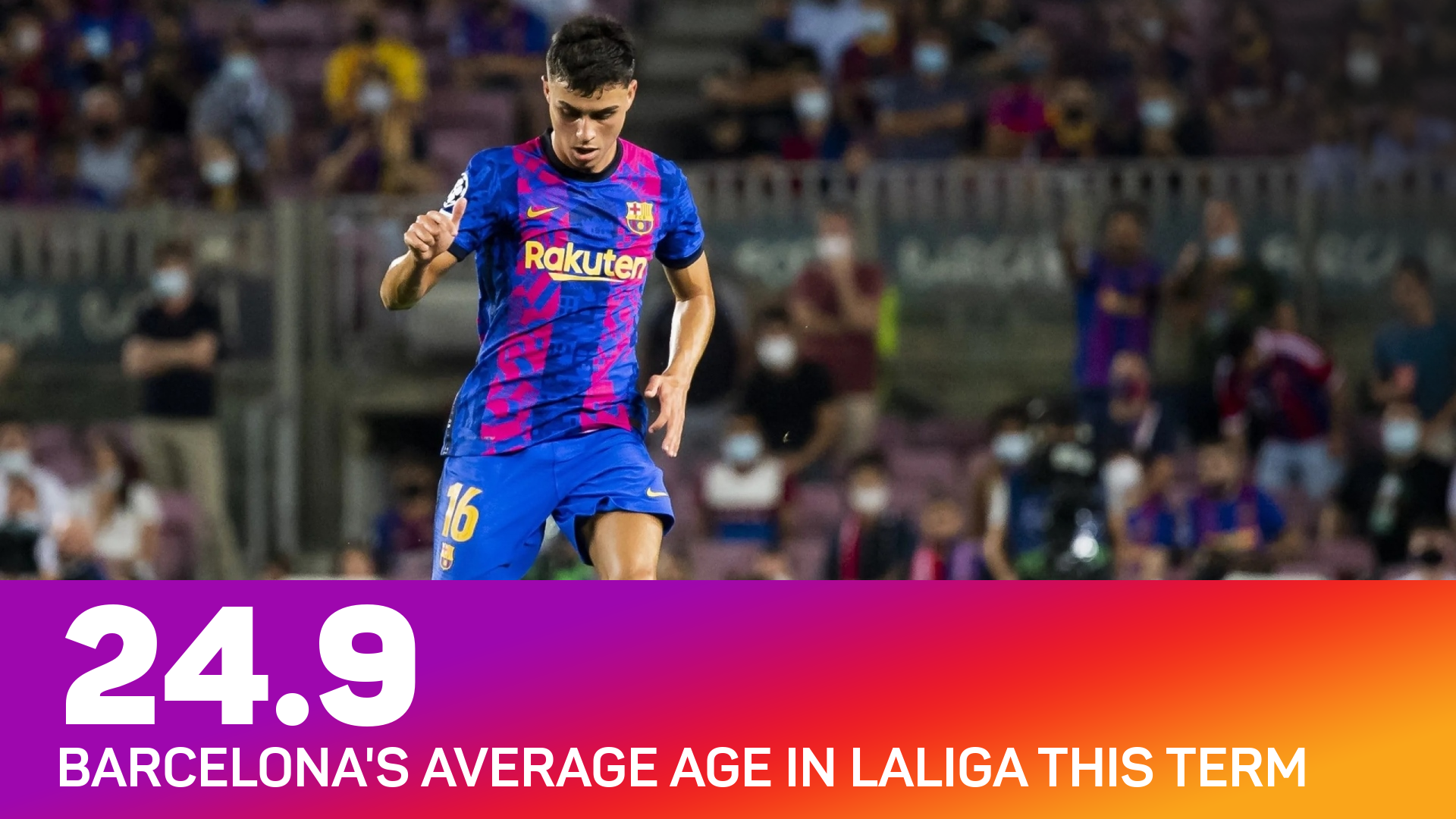 One positive for Barca this season has been the continuation of their proud history of transforming academy hopefuls into first-team stars.

The average age of Koeman's side this season is 24.9, considerably down on the 27.2 from four seasons ago. That ranks Barca as the team with the third-youngest side in LaLiga this term behind only Real Sociedad (24.2) and Valencia (24.3).

And Belletti is hopeful the likes of Gavi and Ansu Fati, the latter of whom has taken on Messi's famous number 10 shirt, can help Barca get back on track.

"It is what all of us hope, because La Masia has already proved on being able to solve many issues of the club with its own talents," he said. "That transition from the academy to the pro football is one of the main issues to many clubs in the world.

"However, Barca knows how to do it. They have to work for getting the benefit of this. Youngsters have the talent, as the club has proved already in the past, for being in a top table of best players in the world.

"So, it has to be invested on them. And especially protect them when there is more pressure around in order to avoid those direct pressures on their performances.

"On the other hand, they are aware of that pressure and deal with it because they have been educated in that way, so they become Barcelona players."

Real Madrid top scorer Karim Benzema is an injury doubt for their Champions League clash with Inter after limping out against Real Sociedad.

Mourinho snaps at journalist: That's why we earn a lot more money than you!

Following a 3-0 loss to Inter, Roma boss Jose Mourinho refused to answer questions from the media.

Jude Bellingham could end up regretting his words after making incendiary comments about the referee following defeat in Der Klassiker.

Paris Saint-Germain needed a late intervention from Georginio Wijnaldum to seal a point at Lens after Keylor Navas' howler.

NBA champions the Milwaukee Bucks were without superstar Giannis Antetokounmpo against the Miami Heat.

Open champion Collin Morikawa is 18 holes away from overtaking Jon Rahm as the world number one after an impressive showing in the Bahamas.

Real Madrid top scorer Karim Benzema is an injury doubt for their Champions League clash with Inter after limping out against Real Sociedad.