Leeds United are yet to decide if Raphinha will join their upcoming pre-season tour as he angles for a move to LaLiga giants Barcelona.

Jesse Marsch has revealed Raphinha is showing "urgency" in trying to secure a move away from Leeds United, and could miss the club's upcoming pre-season tour of Australia amid links to Barcelona.

Raphinha has become the subject of a high-profile transfer tussle since helping Leeds secure Premier League safety on the final day of last season, with Barca, Chelsea and Arsenal touted as possible destinations.

Chelsea appeared set to secure the tricky wideman's signature after reportedly agreeing to a deal worth over £60million last week, but that move has stalled amid Raphinha's apparent desire to join Barca.

Blaugrana president Joan Laporta is certain of Raphinha's intention to move to Camp Nou, announcing on Saturday: "He wants to come".

Raphinha returned for pre-season training with Marsch's side on Thursday, but did not feature in their 4-0 friendly win over Blackpool in York, after which the American said the winger's presence on their upcoming tour – which begins on Sunday – was uncertain. 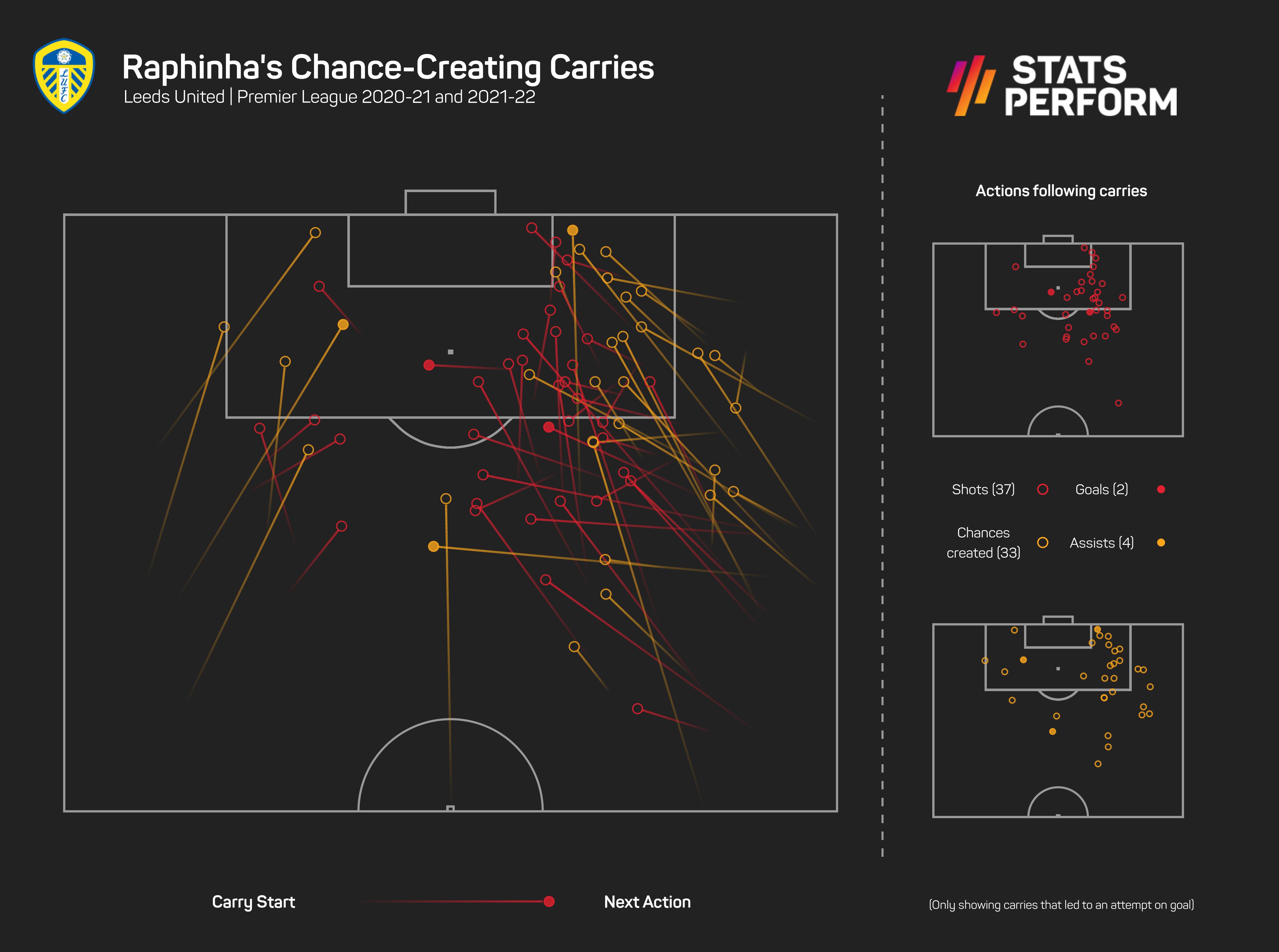 "My guess is… I don't know [if he will travel]," Marsch said. "We just have to wait and see what happens in the next couple of days.

"There's urgency from his end, I think, to come up with a solution. We have to in the next couple of days see how things stand and see how we go.

"It hasn't been an easy time for him this summer. Things have come and gone and there have been a lot of little discussions. Right now he's our player.

"He showed up today and trained with everybody, he had such a good attitude. We had a very open and honest conversation about while he's here, he's part of us, and then we'll see what happens. It's still a long way to go in the transfer window.

"I know he has hopes and dreams. I know he loves this team and this club and he loves being here. We'll see how things progress day by day."

Leeds secured the signing of Feyenoord winger Luis Sinisterra for a reported fee of £21.3million (€25m) on Thursday, in a sign the Yorkshire club could be planning for life without the Brazilian.

But Barcelona must overcome their financial difficulties in order to strike a deal for Raphinha, with Laporta acknowledging this week that salary adjustments were necessary in order for the Blaugrana to register new signings Franck Kessie and Andreas Christensen.

Harry Kane scored a dramatic late equaliser to secure a point at Chelsea, but what happened in the build-up has proved highly controversial.

Rodgers: Fofana not for sale

Chelsea are reportedly keen on bringing Wesley Fofana to Stamford Bridge, but Leicester City have no intention of letting him go.

Mexican winger Jesus Manuel Corona was taken away by ambulance after suffering devastating leg and ankle injuries in training with Sevilla.

Antonio Conte and Thomas Tuchel were both sent off after an altercation following full time in Sunday's draw between Chelsea and Tottenham.

Manchester City's title celebrations were somewhat marred by the actions of some supporters in May and the FA has now charged the club.

Guardiola confirms Bernardo Silva will go to Barcelona, but only as a Man City player

Manchester City will face Barcelona in a fund-raising friendly next week, and Pep Guardiola expects Bernardo Silva to be on his team.

Madison Keys had never beaten Iga Swiatek, or a reigning world number one in her career. The wait finally ended in Cincinnati on Thursday.