Women's Champions League holders Barcelona are through to another final, where Lyon await after dispatching Paris Saint-Germain on Saturday.

Barcelona have been praised by Lyon defender Selma Bacha for "helping European football evolve" after the sides booked their places in the Women's Champions League final.

Holders Barca saw their run of 45 successive wins come to an end in Saturday's 2-0 semi-final second-leg defeat to Wolfsburg, but they still advanced 5-3 on aggregate.

The Catalan club are into their third final in four seasons and will be looking to retain the trophy they won for a first time last year when they take on Lyon in Turin on May 21.

Lyon, who with seven titles are the most successful side in the competition's history, beat domestic rivals Paris Saint-Germain 2-1 in the second leg to win the tie 5-3 on aggregate.

That match at the Parc des Princes was watched by 43,254, a record for a women's club game in France.

Barca recently set the record for the highest attendance for a women's club game with 91,648 in attendance for the first leg of the Wolfsburg semi-final.

And Bacha believes Barca deserve huge credit for helping to lift the women's game both on and off the field.

"They are helping European football evolve. They play in a similar way to the men's team and are an example to the rest of women's football," she said.

"When you hear 'Barcelona versus Lyon in the final', it sounds great. I hope there are going to be a lot of fans who come. And we'll do all we can to win it." 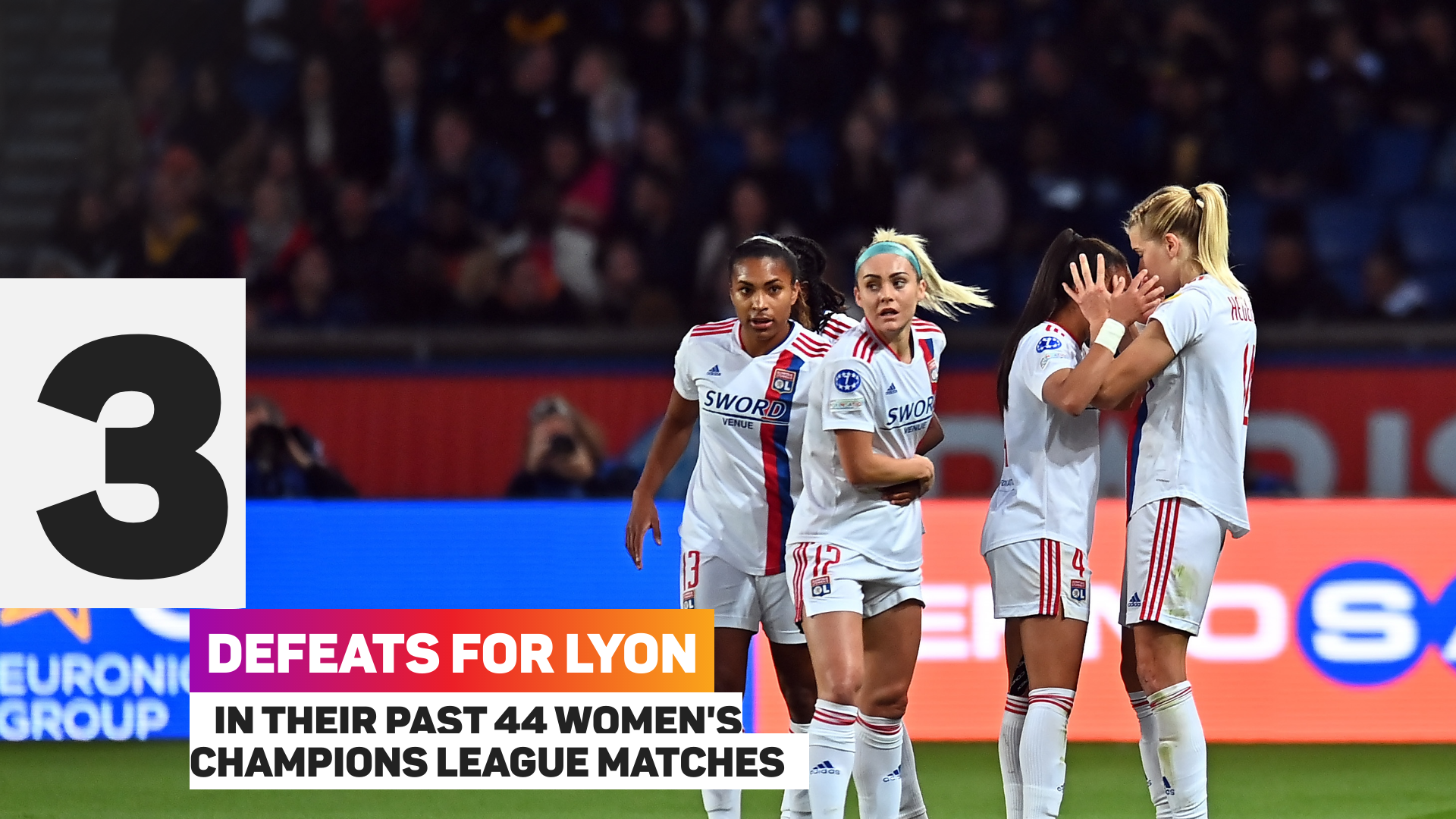 Ada Hegerberg opened the scoring for the French side on Saturday with a record-extending 58th goal in the Women's Champions League, and had another ruled out.

Marie-Antoinette Katoto gave PSG hope when scrambling in, but Wendie Renard made sure of progression for Lyon.

"We wanted to come to Paris in an attacking frame of mind," Lyon forward Hegerberg said. "The atmosphere was magnificent. It was a great evening of football.

"We have to keep going as we are. It's not over, but it's great what we've done. I'm proud of the girls. It was tough. We're going to prepare for the final."