Jurgen Klopp knows all about Robert Lewandowski's qualities and feels he would have been a worthy Ballon d'Or winner.

Jurgen Klopp has questioned what more Robert Lewandowski could have done to win the Ballon d'Or after the Bayern Munich striker missed out on the award.

Lionel Messi scooped the accolade for a seventh time on Monday, but many felt this would be Lewandowski's time to take the glory.

Klopp benefited from the brilliance of Lewandowski when both men were at Borussia Dortmund, with the Poland international scoring 103 goals before switching to Bayern.

At club level, Lewandowski has scored 53 goals already in 2021, with six assists taking him to 59 goal involvements, the most in Europe's top five leagues.

Messi sits fifth on that list (32 goals, 12 assists) but helped Argentina to win the Copa America, thereby winning one of the few trophies that had eluded him.

That likely tipped the vote his way, with Messi's form since leaving Barcelona to join Paris Saint-Germain in August having so far been sketchy by his mercurial standards.

Asked initially whether he was surprised there were six players who ranked higher than Liverpool's Mohamed Salah, Klopp said: "I was surprised to be honest, but it's not in my hands. If you think he should be higher up, then you'll have to convince your colleagues."

Then Klopp turned his focus to Lewandowski, a player he once described as the best he has ever coached. Lewandowski was second to Messi for the coveted Ballon d'Or, which is voted for by journalists from across the world.

The 33-year-old scored 41 Bundesliga goals last season, breaking a record for the most in the division that was previously held by Gerd Muller.

"I think that you always can give it to Lionel Messi for the career he has and the footballer he is, all these kinds of things, but if you don't give it to Robert Lewandowski this time then it's quite tricky to get it at all," said the Liverpool boss.

"And yes, Mo definitely should have been high up." 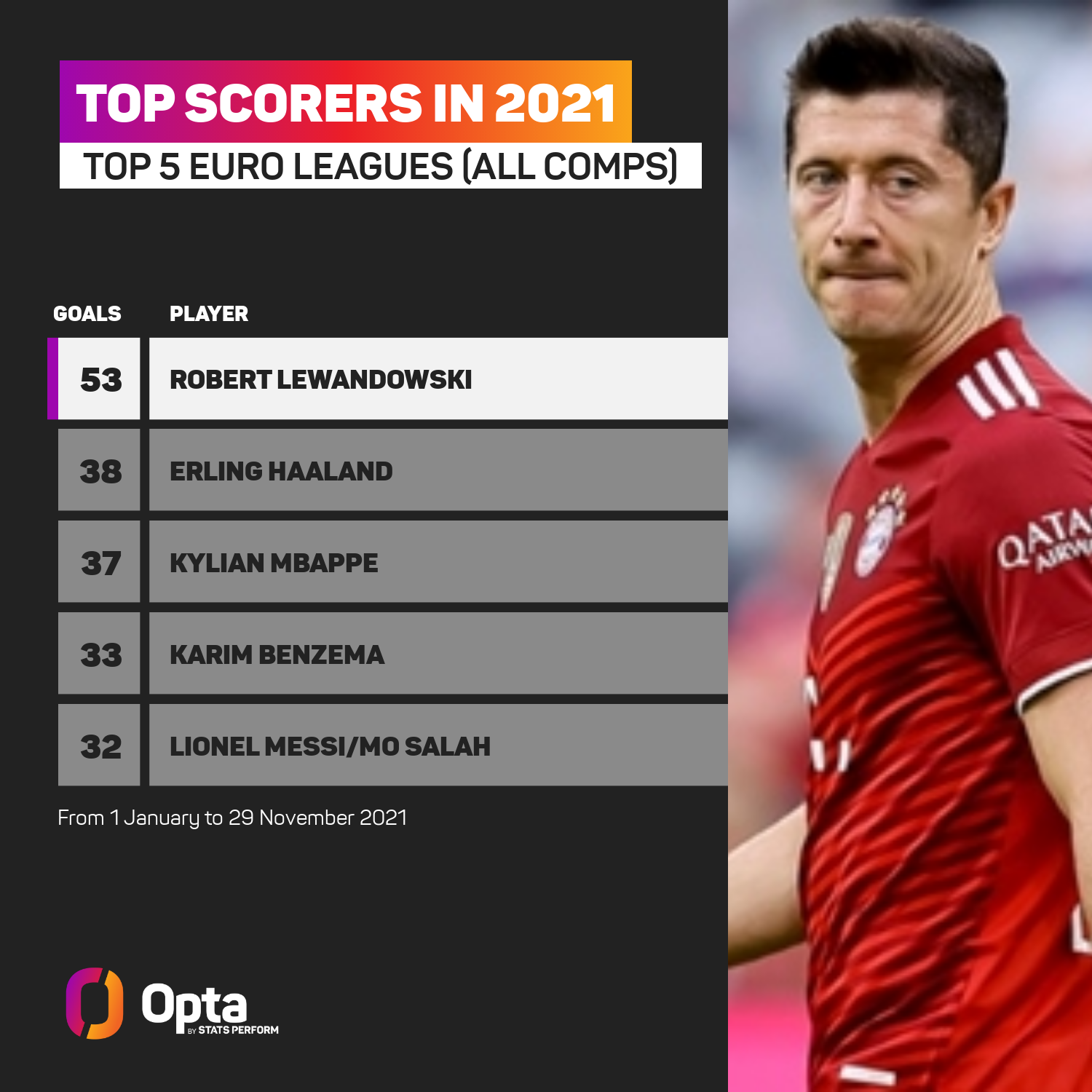 Lewandowski would also have been a frontrunner in 2020, only for organisers France Football to cancel the awards due to the impact of the COVID-19 enforced break in the football year.

Liverpool closed the gap on Premier League leaders Manchester City to nine points after yet another victory over Crystal Palace on Sunday.

Benzema defends Messi's PSG form: 'People who criticise him know nothing about football'

Karim Benzema has come out in defence of Lionel Messi after his somewhat slow start to life at Paris Saint-Germain.

Ibrahimovic reveals Mbappe advice: 'If I were you, I'd go to Real Madrid'

After seven seasons in Ligue 1 with Monaco and Paris Saint-Germain, Zlatan Ibrahimovic would like to see Kylian Mbappe in a new league.