Gareth Bale sent something of a message to Jose Mourinho, while Mike Dean improved his remarkable red cards haul for 2020-21.

It was another Premier League weekend where off-the-pitch (well, sort of) matters dominated the headlines, with Manchester United's home game against Liverpool postponed as a result of anti-Glazer protests.

That also meant Pep Guardiola had to put the Cava back on ice for another week, with Manchester City's title celebrations on hold.

Nevertheless, there was still plenty to keep us occupied, with Mike Dean adding another to his red card haul for the campaign and Gareth Bale proving he can cut it against the best with a hat-trick against *checks notes* relegated Sheffield United.

Using Opta data, we look at some of the quirky facts from the latest Premier League matches…

City and Guardiola being rather good is nothing new, but in terms of how effective they are going forward, you may not know how much better than everyone else they really are.

During Saturday's 2-0 win at Crystal Palace, which put them within one win of the title, City reached 700 goals under Guardiola across all competitions.

To put that into context, over the same period Liverpool have scored the second most among English clubs – 543. Then it's Tottenham (532) and – perhaps surprisingly so – Arsenal (522).

The only club among Europe's top five leagues to have outscored City over this time is Paris Saint-Germain (712), a club that spent roughly €400million on just two forwards back in 2017 and have – for the most part – dominated Ligue 1.

Chelsea 2-0 Fulham: Tuchel has Blues switched on at the back

Ever since Thomas Tuchel replaced Frank Lampard in January, Chelsea have been better almost across the board.

Arguably their greatest improvement has been at the back, where suddenly the Blues look incredibly strong despite Tuchel having the same pool of players to pick from as Lampard.

Under the former England international they had conceded 23 goals in 19 Premier League games this term, but they've let in just eight in 15 with Tuchel at the helm.

People might be keen to suggest it's just luck, but the fact the Blues' xGA (expected goals against) is 7.8 shows their eight concessions is bang on.

Granted, Lampard's xGA figure of 18.4 was a fair bit lower than the 23 let in, so they were perhaps conceding to particularly remarkable finishing.

Nevertheless, the xGA per game of the two coaches are significantly different: Tuchel's 0.5 is exactly half Lampard's 1.0, but why? What's changed? 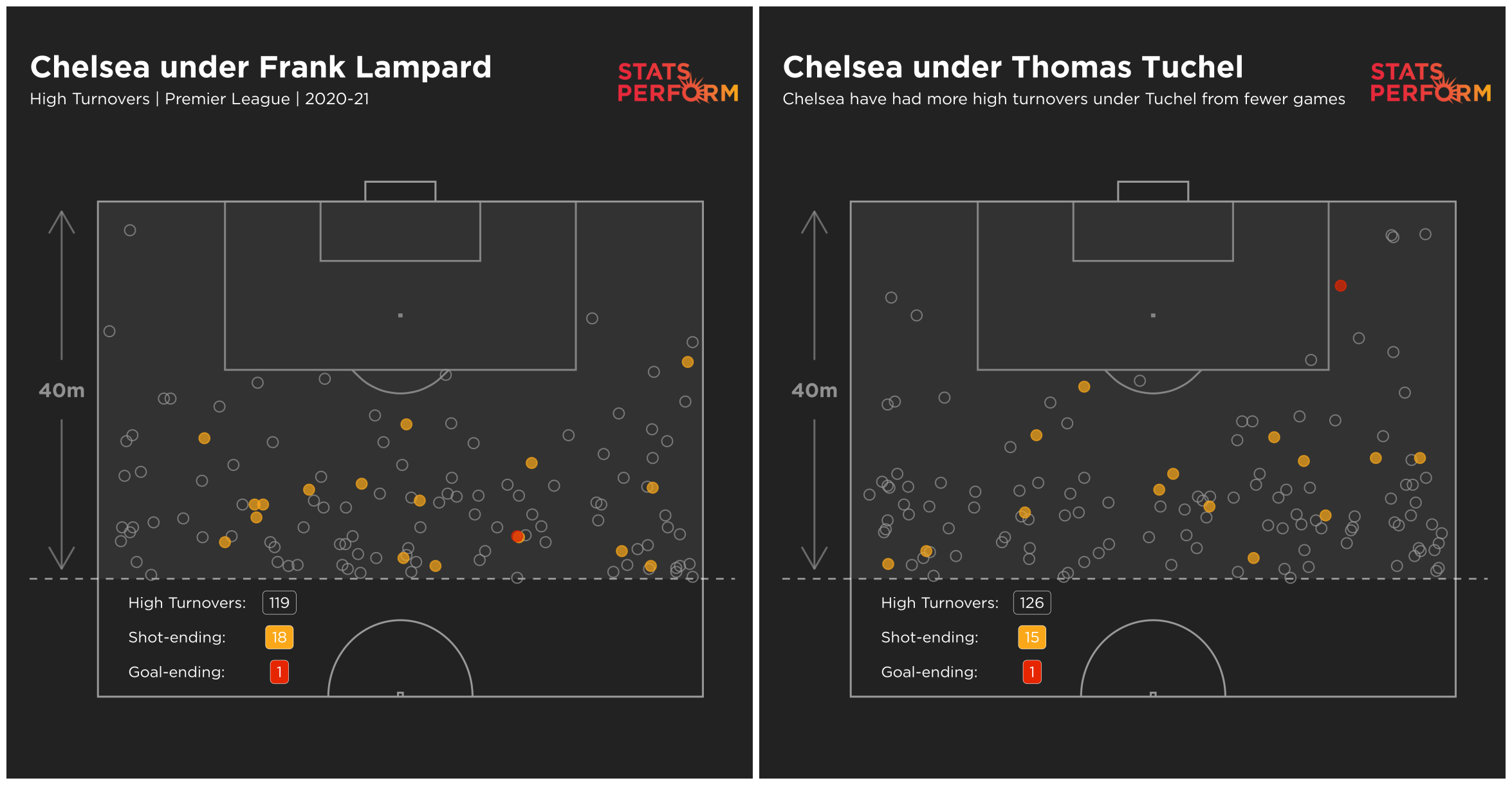 Under Lampard they had a PPDA of 11, whereas it's 9.4 under Tuchel, the lowest in the Premier League over that time. Chelsea are now facing fewer shots (7.4 per 90 minutes, compared to 10.1), and this could be down to the greater off-the-ball intensity implemented by the German.

Few referees in the modern game have fascinated and infuriated fans quite like Mike Dean, who is – for want of a better phrase – absolutely box office.

From his self-assured facial expressions and body language, to his frankly baffling mannerisms and showmanship: when Dean is in charge of a match, you're virtually guaranteed a talking point of some description.

But above all, it's his eagerness to pull out that red card that is the most noteworthy aspect of his officiating.

He was the man in the middle as Arsenal beat Newcastle 2-0 on Sunday and had his say right at the end as he showed Fabian Schar the red card for a nasty lunge on Gabriel Martinelli.

It stretched his record as by far the most red-card-happy referee in Premier League history. It was his 112th, 45 more than any other official.

Remarkably, it was the eighth he's shown this season alone, which is at least double the next strictest referee in the Premier League, with Graham Scott and Peter Bankes next on the list with four each.

Bale was in inspiring form on Sunday as Tottenham smashed Sheffield United 4-0, with the Wales international scoring a hat-trick – his first in a league competition since January 2016 when he put Deportivo La Coruna to the sword.

Granted, netting a treble against the Blades might not be quite as impressive as doing so against… well, any other Premier League side for that matter.

However, his overall performance coupled with his "I play well when I'm happy" comments at full-time seemed almost directed at former Spurs boss Jose Mourinho, who had Bale in and out of the team for much of the season. 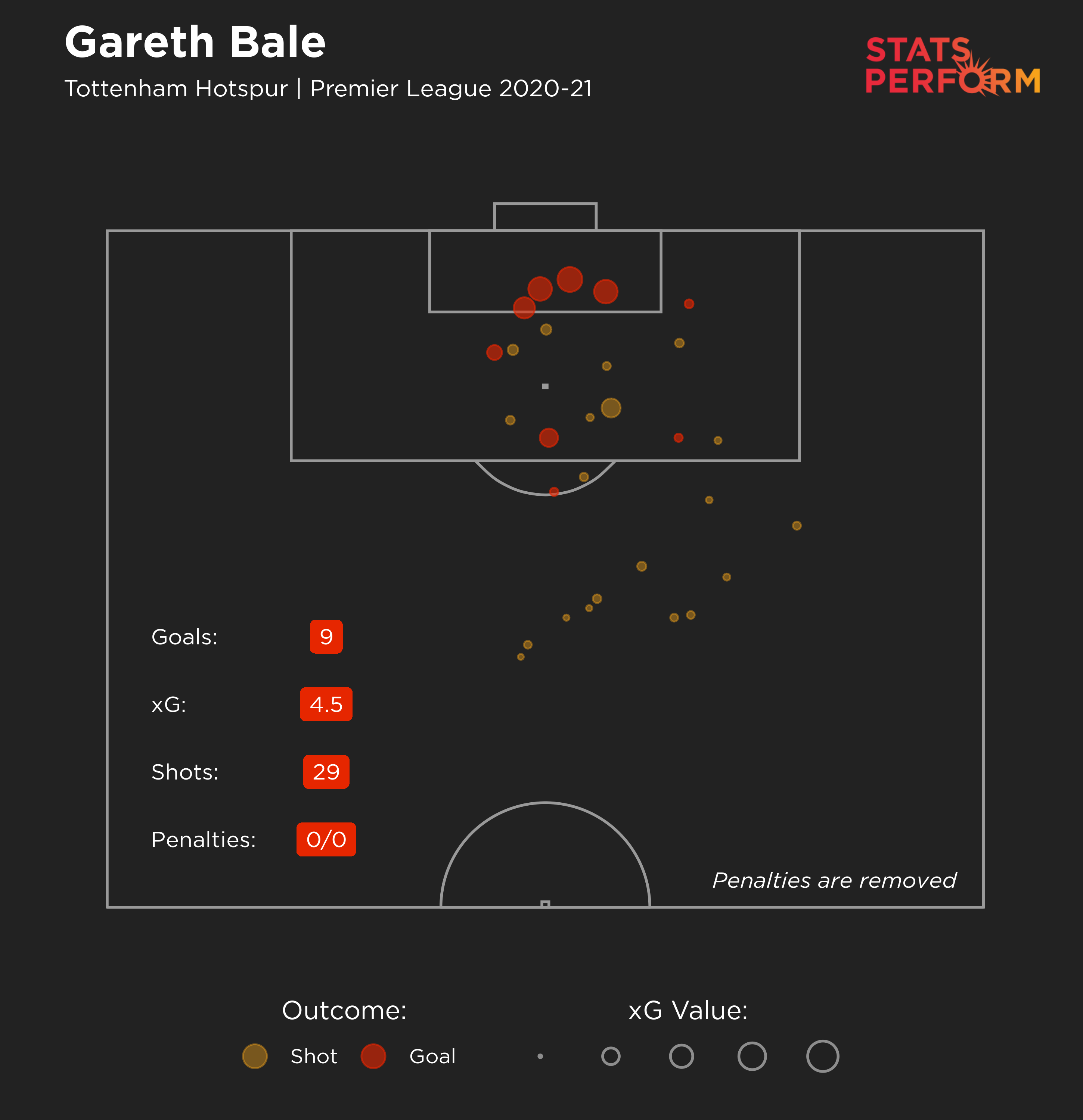 Those three goals took him to 11 goal involvements (nine scored and two assisted) in 16 Premier League games this term, an average of one every 66 minutes.

That is the best such record in the league this term. The next best (among players with more than two involvements) is his team-mate Harry Kane (34 involvements, one every 80 minutes).

Bale's future is uncertain for the time being, but such a record must have club officials contemplating keeping him around for another year.