Wales need to beat England to have any chance of staying in the World Cup, and Gareth Bale is remaining positive ahead of Tuesday's match.

Gareth Bale does not believe he has any added responsibility on his shoulders ahead of Wales' showdown with England, who Rob Page has described as a "beatable" opponent.

Wales face an early exit from their first World Cup since 1958 as they require victory against England and for the United States and Iran to draw in Tuesday's other Group B match.

The Dragons, who followed up a 1-1 draw against the USA with a 2-0 loss to Iran, will also advance to the knockout stage with an improbable 4-0 victory over their fierce rivals.

Bale played a major role in Wales ending their long wait to play on the world stage, as he did in their successful campaigns in qualifying for Euro 2016 and Euro 2020.

Ahead of what could be his final appearance for Wales at a tournament, though, the Los Angeles FC forward is hoping to respond to the Iran loss with a result against England.

"We're disappointed in the results and performance so far but that's football," he said at Monday's pre-match news conference. "This is a World Cup and it's not easy.

"We'll always give 100 per cent and we want to try to make things better. The last few days we've been working hard and hopefully things turn around for us now.

"We were hurting after the Iran game and the next day. Everyone was really quiet but we have characters in the squad and the energy is high again.

"We're in good spirits for this next match. This is tournament football and we have to go again." 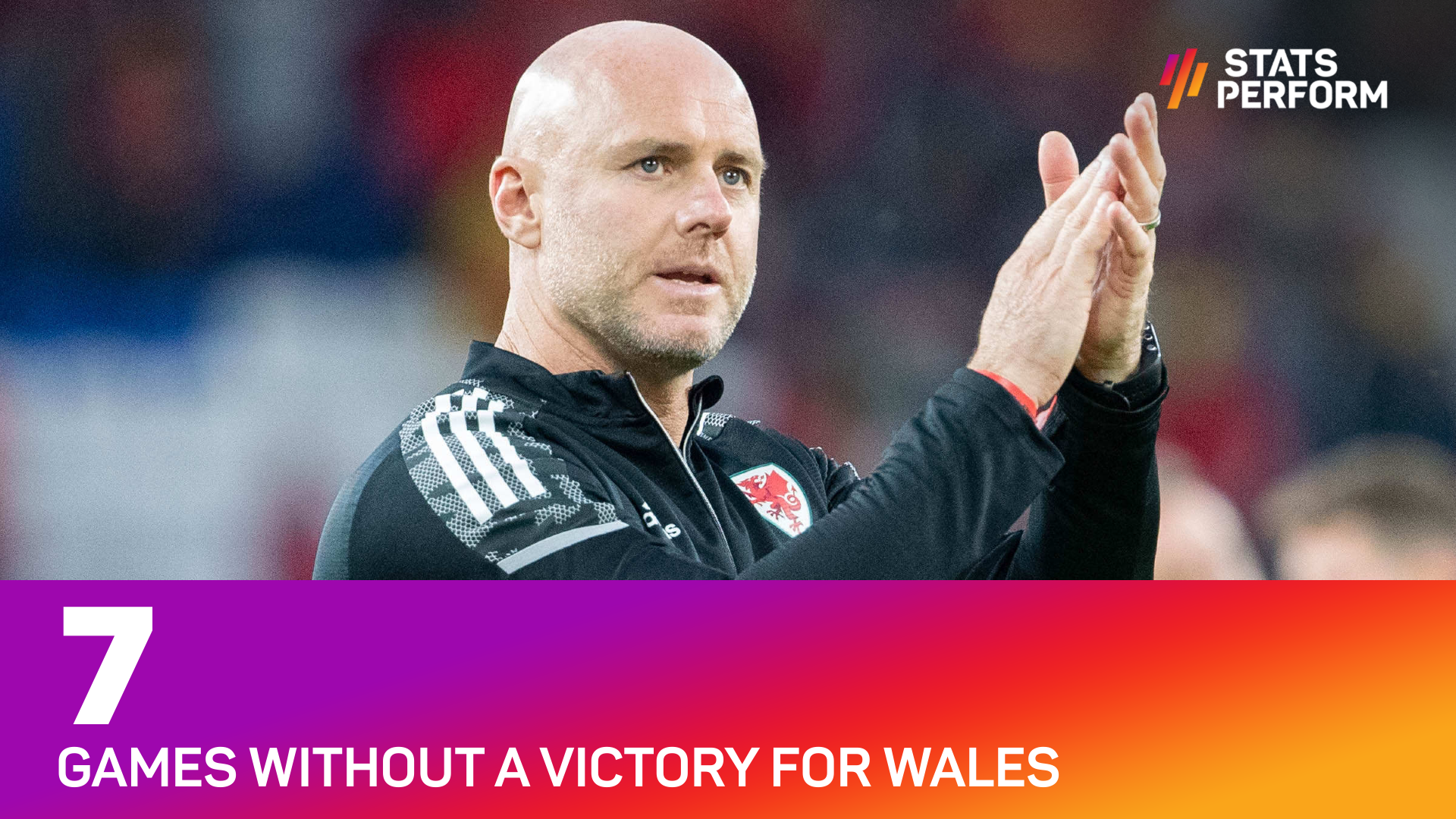 Bale scored his side's only goal of Qatar 2022 so far, a late penalty against the USA, but he has had the fewest touches of the ball of any Wales player in both matches.

The 33-year-old has managed only two shots, one of those being his spot-kick effort, but he insists his nation's hopes against England do not rest solely on him.

"I don't feel an added responsibility. We're a team and nation who work hard for each other and we must deliver as a team, not one person," he said.

"We've been working hard these last couple days. We would have loved to have been winning but the reality is football is hard, but we've been keeping our spirits high."

Wales have never previously failed to win a single match at any of their major tournament participations, but they have a poor record against neighbours England down the years.

Indeed, Wales have lost each of their past six games against England, conceding 11 goals and scoring just once – a Bale free-kick in a 2-1 defeat in the Euro 2016 group stage.

However, in a game Wales simply must win if they are to have any hope of prolonging their stay in Qatar, manager Page is optimistic his side can end that terrible run.

"This tournament has shown anyone's beatable – of course England are beatable," Page said. "They’ve got a wonderful pool of players, but we must show what we're capable of."

Echoing the views of his manager, Bale said: "Absolutely. We've done our homework and had meetings, which I'm sure they've also done. It's going to be a difficult game.

"We know England are one of the favourites and we're under no illusions. There's been a few shocks already and there's no reason we can't do the same."

Wales enter Tuesday's game winless in seven matches, which is their worst run without victory since between May 2003 and November 2003.

Redknapp confident Kane will stay and win trophies with Spurs

Despite Harry Kane's Tottenham contract expiring in just 18 months, Harry Redknapp is sure the striker will stay with the club.