Barcelona will be without the experienced Dani Alves next season after the 39-year-old has confirmed he is leaving the Camp Nou.

Dani Alves has confirmed he is leaving Barcelona for the second time in his career.

Having left the Blaugrana to join Juventus in June 2016, Alves announced his return to Camp Nou in November 2021, though he had to wait until January to be eligible to feature for the Catalan giants.

The 39-year-old right-back contributed one goal and four assists in 17 appearances in his second spell as Barca finished second in LaLiga.

Alves had previously expressed a desire to stay with the club next season in preparation for the World Cup at the end of the year, but confirmed on Wednesday that will not be the case.

The Brazil international posted on Instagram: "Now the time has come for our farewell. They were eight-plus years dedicated to the club, the colours, and that house.

"But like everything in life, the years pass, the paths diverge and the stories are written for some time in different places – and that's how it was." 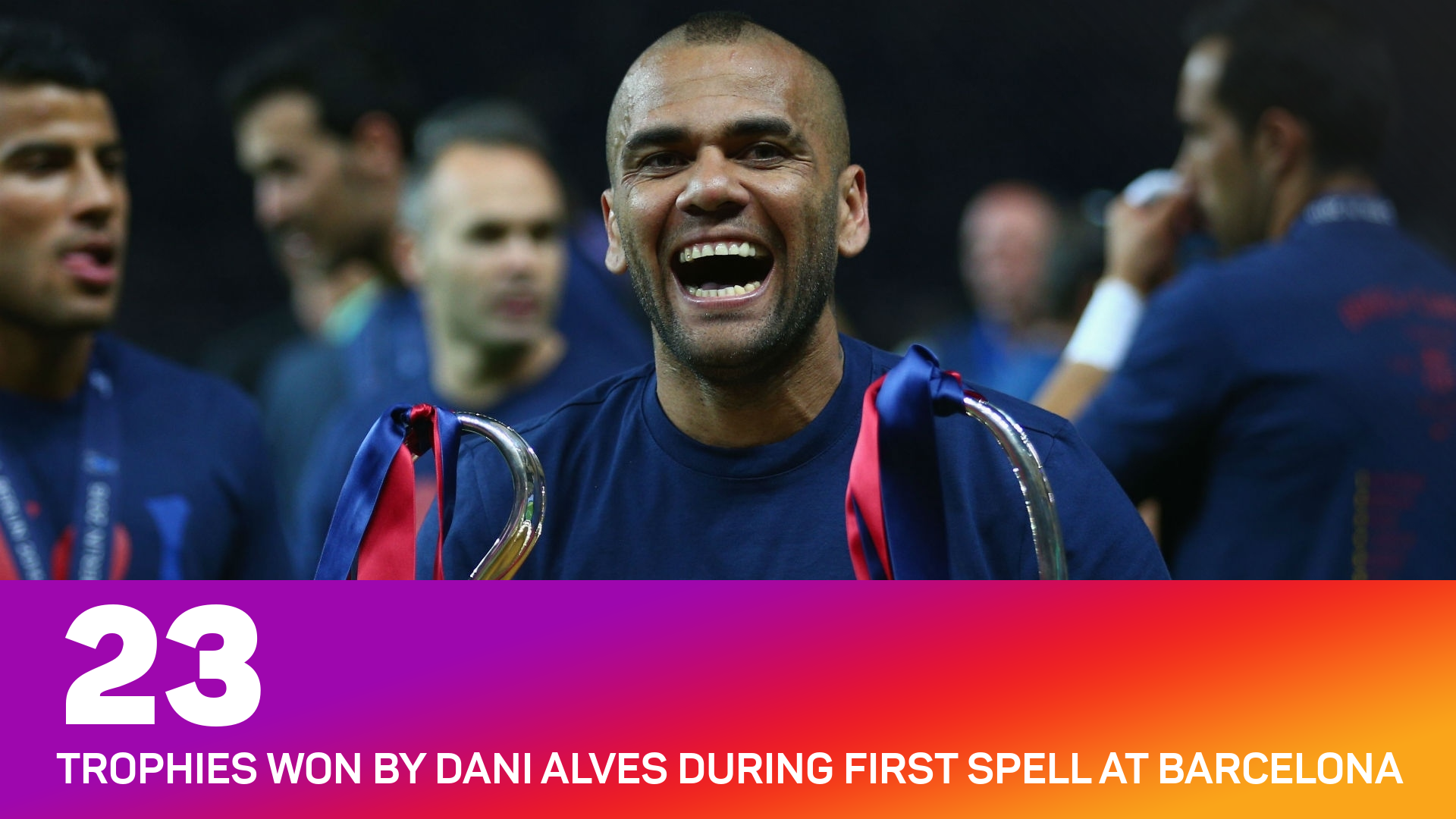 Alves went on to thank the club and fans for their support, adding: "I hope you don't miss my craziness and my daily happiness.

"Hopefully also those who, if they remain, change the history of that beautiful club, I wish it from my heart. There were 23 titles won: two trebles, one sextuple and a great golden book written.

"It closes a very beautiful cycle and opens another even more challenging one. May the world never forget: A lion even if he is 39 years old is still a good crazy lion.