Eight teams, including Morocco and Senegal, begin Africa Cup of Nations campaigns on Monday, but coronavirus is impacting most of them.

The Africa Cup of Nations is in full swing following its big kick-off on Sunday, and Monday sees the action taken up a notch.

There will be twice as many games as Group B and Group C get under way, providing first opportunities to see two of the pre-tournament favourites: Morocco and Senegal.

But the shroud of COVID-19 lingers over practically every AFCON match at the moment, and it will be especially difficult to ignore its impact on games on Monday, with the likes of Senegal, Guinea, Malawi and Gabon all missing key players.

Senegal's second so-called 'golden generation' is running out of time.

They arrived in Cameroon with a stacked squad, but many of their key players are approaching 30 or are already there.

To make matters worse, coach Aliou Cisse is without a host of big players against Zimbabwe, a game he will be keen to just get out of the way.

"I was looking at the composition of our team," Cisse said. "Compared to our last match against Congo, I can already tell you we have six indisputable starting players who are not on the squad list: Edouard Mendy, Krepin Diatta, Ismaila Sarr, Nampalys Mendy, Kalidou Koulibaly and Saliou Ciss.

"Having six absent starting players, it's true that it's worrying."

One to watch: Sadio Mane (Senegal)

Senegal have one of the best squads – if not the very best – in the tournament, but they are going to rely on Mane to a certain degree, particularly given their COVID-19 absences. Thankfully he is exceptional both when it comes to sniffing out chances and creating them, with his 0.67 non-penalty expected goal involvements every 90 minutes being the fourth-best in the Premier League (min. 900 minutes played) this term. 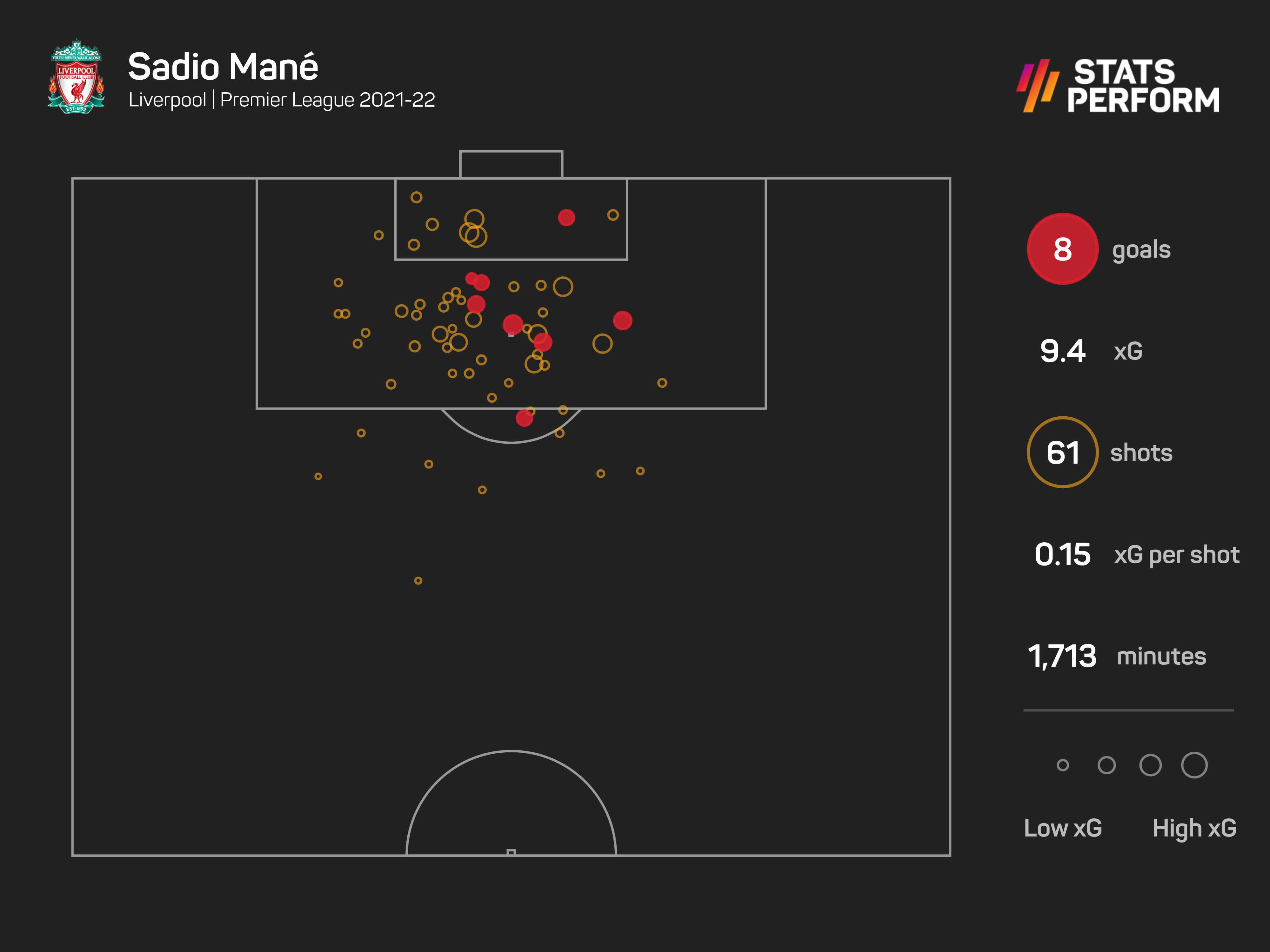 Both Guinea and Malawi have been among the sides struck by coronavirus ahead of this tournament, but the former should still fancy their chances on Monday against a team considered Group B's rank outsiders.

Anything but three points will be a major disappointment for Guinea on matchday one, and key player Naby Keita is not among those to be afflicted with COVID-19.

As such, coach Kaba Diawara is feeling confident.

"We have the ambition to go as far as possible in this competition, which is why I accepted this mission," Diawara told Africa Top Sports ahead of the tournament.

One to watch: Mohamed Bayo (Guinea)

While Naby Keita may be the team's most-recognisable star, expectations on Bayo are significant given he heads into the tournament with nine Ligue 1 goals to his name with Clermont this season, 45 per cent of their total output, and only one was a penalty. Only Jonathan David (12) and Wissam Ben Yedder and Ludovic Ajorque (both 10) have scored more in the French top flight so far. 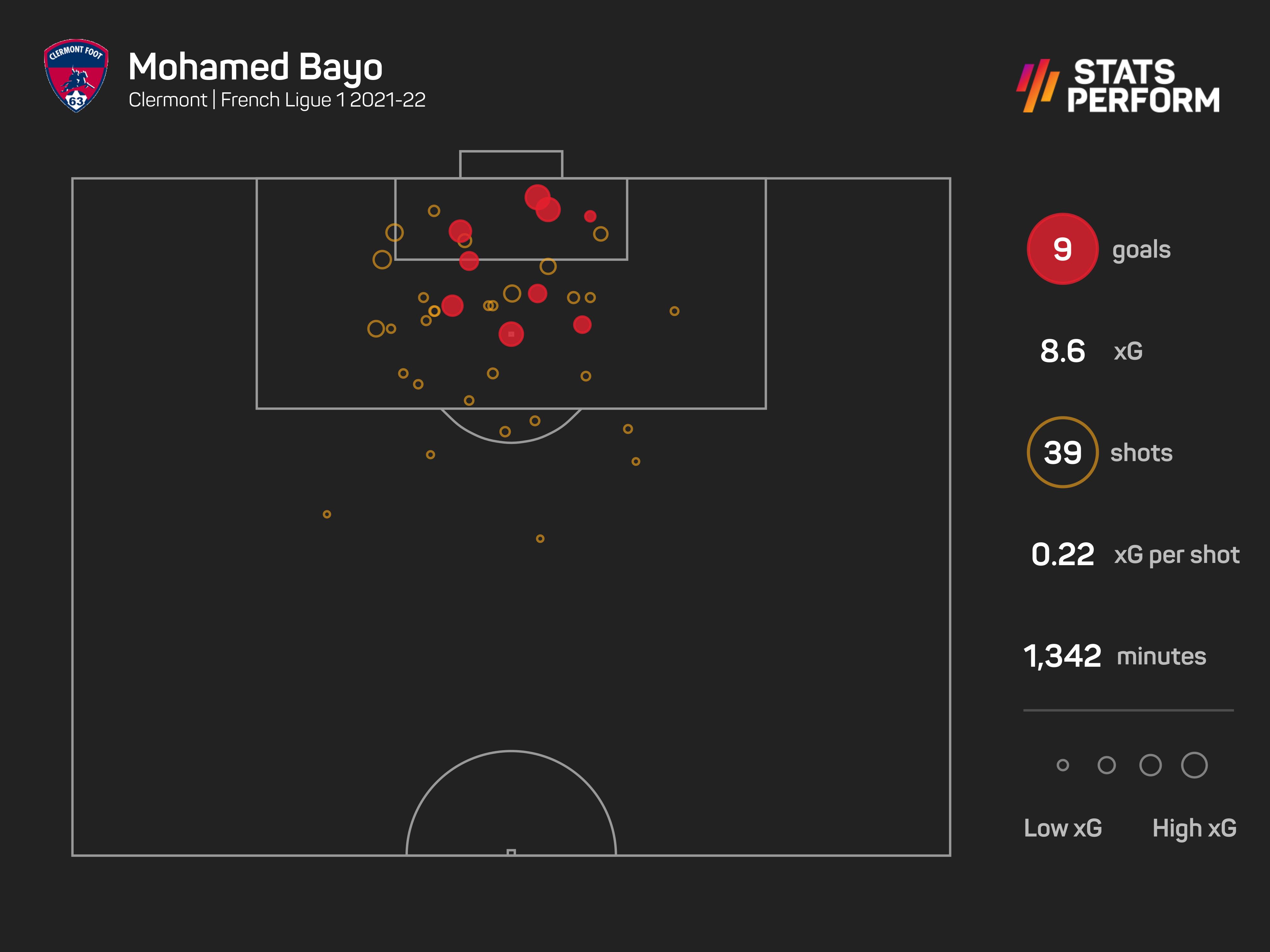 After Senegal (60.9 per cent), Morocco are the likeliest to finish top of a group at the AFCON (52.6 per cent), according to Stats Perform analysis. This speaks to the quality in the side assembled by Vahid Halilhodzic.

Even without Chelsea star Hakim Ziyech, who has been exiled, Morocco boast some fine players and will be expected to go deep into the competition – not that coach Halilhodzic is taking anything for granted.

"We have to prepare well to face the three teams in the group: Ghana, Gabon, and the Comoros," the Bosnian told reporters.

"Although Morocco are favourites to reach the second round, we have to prepare well and play with a lot of ambition and determination to go as far as possible."

One to watch: Yassine Bounou (Morocco)

This is likely to be Morocco's biggest challenge in the group stage, so they will want to be solid at the back. Bounou should help them in that respect – the Sevilla goalkeeper's 25 clean sheets in all competitions in 2021 was a total bettered only by Ederson (26) and Edouard Mendy (27) across the top five leagues in Europe.

Comoros' Group C opener will be a momentous game as they play in a major international tournament for the first time.

Making a splash will be tough, but coach Amir Abdou is adamant they are more than worthy of their place in Cameroon.

He told Africa Foot United: "We haven't qualified by chance. We therefore don't think that we will let the opportunity to go as far as possible slip away.

"We will fight with our weapons with our various opponents, as tough as they are."

One to watch: Denis Bouanga (Gabon)

Gabon are likely to be without two of their most experienced players in Pierre-Emerick Aubameyang and Mario Lemina due to coronavirus, meaning others will need to step up. Bouanga will probably be among those expected to take on greater responsibility. The gifted Saint-Etienne left-winger is a good dribbler and takes a lot of shots, his 3.4 attempts per 90 minutes being the fifth-most in Ligue 1 this season (min. 900 minutes played).

Salah and Mane not Liverpool's only weapons – Lijnders

Liverpool are having to do without two star players, with Mohamed Salah and Sadio Mane both on duty at the Africa Cup of Nations.

Gabon 2-2 Morocco: Hakimi to the rescue in thriller as Atlas Lions do enough to win group

Gabon defied expectations as they pushed Morocco all the way, but the Atlas Lions did just enough to get the point that wins them the group.

Malawi could not cause an upset in their final group game, meaning Senegal go through to the knockouts as Group B winners.

Underdogs Zimbabwe stunned Guinea to leave Kaba Diawara's men uncertain if they will play in the round of 16.

Klopp praises Firmino contribution, calls for other attackers to step up in stars' absence

Jurgen Klopp called for other Liverpool players to step up with Mohamed Salah and Sadio Mane missing, but praised Roberto Firmino's role.

Ghana were denied their first win of the Africa Cup of Nations as Gabon, who were again without Pierre-Emerick Aubameyang, hit back late.

Malawi have a real chance of reaching the AFCON knockout rounds for the first time ever after beating Zimbabwe on Friday.