Seng Foo Lee
Felda United might feel hard done by following their recent demotion to the Malaysian Premier League after their licence application was rejected, but they weren't the first team in the world to suffer due to paperwork and administrative reasons. Here are nine of the notable cases:

BASTIA (FRANCE)
At the end of the 2016-17 Ligue 1 season, bottom-of-the-table Bastia were (technically) hit by THREE consecutive relegations all the way to the fourth tier of the French football pyramid. Their financial situation was so dire that they were not granted a licence to play in the French football pyramid. So, they took the place of their reserve team, who had been relegated to the fourth division, but it then got worse. They declared bankruptcy before the start of the current season, which saw them lose their professional status and merge with Borgo to compete in the fifth and final division. 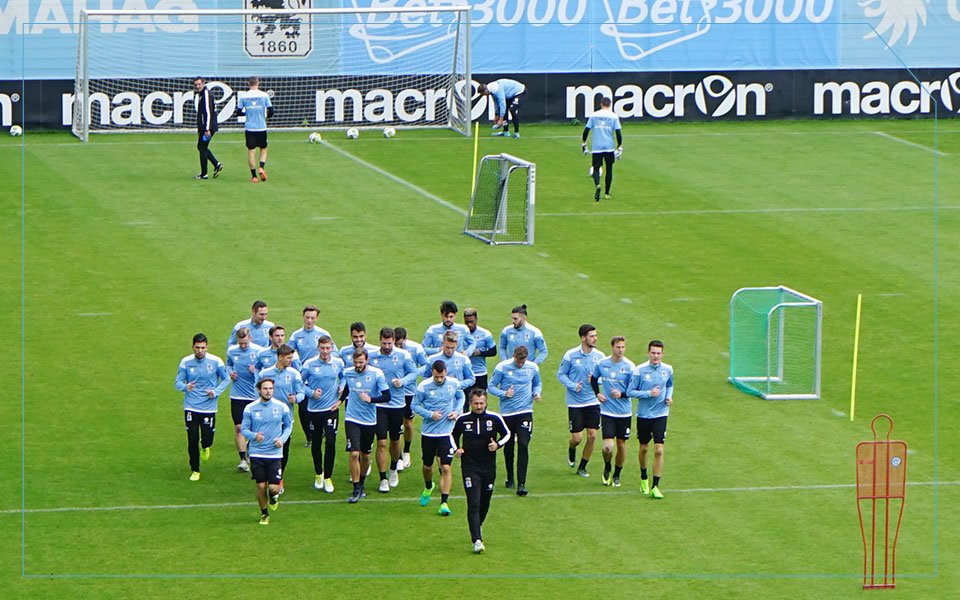 TSV 1860 MUNICH (GERMANY)
After spending the past 13 seasons in 2.Bundesliga, TSV 1860, who once shared the Allianz Arena with Bayern Munich, lost a relegation play-off in May 2017 to drop to 3.Liga. Later, their failure to submit payment for their licence to the German Football League saw them drop further down to the fourth tier of the German football league system.

FERENCVAROS (HUNGARY)
Despite finishing sixth in the 2005-06 season, Ferencvaros, arguably the most famous Hungarian club, were relegated to the second division for the first time in their history. Due to financial problems, they were denied a licence to play in the first division, ending their amazing run of 105 years of top-flight football. However, they bounced back three years later and completed their revival in 2016 by winning the top division title, their 29th overall.

RNK SPLIT (CROATIA)
RNK Split were a consistent mid-table side in the Croatian First Football League, even managing to reach the 2015 Croatian Cup final, where they narrowly lost to Dinamo Zagreb. But two years after that final, they were hit by a double relegation as they finished bottom of the table in the 2016-17 season and were not granted a licence to compete in the second division. Right now they are competing in the third division.

CSKA SOFIA (BULGARIA)
Due to unpaid debts after the 2014–15 season, 31-time Bulgarian champions CSKA Sofia, as well as Lokomotiv Sofia, failed to obtain their licence and were forced to go down to the third division despite finishing in the top half of the league. The two clubs’ relegation woes also had a bigger impact on the local football scene, as it resulted in the Bulgarian top division only having 10 teams, instead of 12, compete in the 2015-16 season. CSKA would later seal a return to the top flight at the first time of asking, bypassing the second division, after it was expanded to 14 teams and their application was approved.

RWS BRUXELLES (BELGIUM)
The Royal Belgian Football Association do not compromise when it comes to the Belgian professional football licence as any club failing to obtain it will be automatically demoted to the third division or lower. Several teams have fallen victim to their tough stance over the years, but arguably nobody had it worse than RWS Bruxelles had. The Belgian side won the second division in the 2015-16 season, but instead of celebrating and heading upward to the top flight, they dropped to the third tier after they failed the licencing process.

POLITEHNICA TIMISOARA (ROMANIA)
After finishing second in the 2010-11 Liga I season, Timisoara were looking forward to playing in the UEFA Champions League third qualifying round. Instead, they went down to the second division, along with 14th-place Gloria Bistrita, after they did not meet the top-flight licence requirements. As a result, Sportul Studentesc Bucuresti, who finished bottom of the 18-team league, miraculously avoided the drop as they were the only relegation candidates holding the Liga I licence. In the following season, Timisoara finished first in the Liga II, but were denied the licence again for the same reason, leading to their dissolution in September 2012. They later reincarnated as ACS Poli Timisoara.

RHYL (WALES)
The 2009-10 Welsh Premier League season was one to forget for Rhyl. Not only did they fail to defend their league title, but they were also relegated to the Cymru Alliance League. Despite finishing sixth, they were unable to secure their FAW domestic licence due to financial difficulties, losing their top-flight status. However, they can perhaps take solace in the fact they were spared from relegation six years later as Port Talbot Town, who finished 12 points ahead of 11th-place Rhyl, went down for the same reason.

PORTADOWN (NORTHERN IRELAND)
As part a major revamp of the league system in Northern Ireland, four-time champions Portadown were in line for a spot in the new IFA Premiership in 2008. However, the Irish FA rejected their application, as it had been received several minutes after the deadline, forcing them to compete in the second tier. They were accompanied by Armagh City, Larne and Limavady United in failing to obtain the licence too. Despite that, it did not dishearten them and they took just a season to be promoted on merit.

Joyce 'ready' for title shot against Joshua, Usyk or Fury after swatting aside Hammer

After a supreme technical knockout result against Christian Hammer in his comeback match, Joe Joyce is ready for a world title crack.